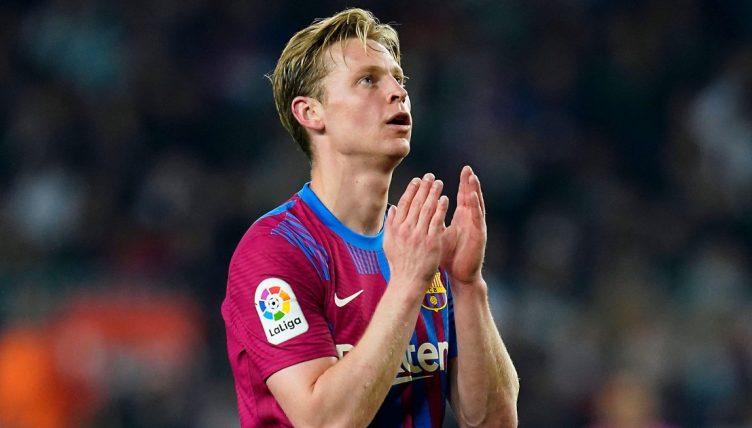 The Barcelona midfielder remains Erik ten Hag’s top summer target despite drawn-out negotiations and several stumbling blocks, not least that De Jong has stated on several occasions that he wishes to stay at Camp Nou.

But Chelsea have registered an interest in De Jong over the past few days and Montero has told Sky Sports News that the 2021 Champions League winners have submitted a bid for the 25-year-old.

He went on to say that the Netherlands international understands his club’s dire financial situation and is open to a move. De Jong, he added, has not turned down any offers.

“Option number one for Frenkie de Jong is staying in La Liga with Barcelona,” Montero said this week. “He is aware of Barcelona’s situation and he wants to listen to clubs like Manchester United and Chelsea.

“If you ask me, between Chelsea and Manchester United, De Jong would favour United.”

Asked for the reasons behind United’s protracted negotiations with De Jong, Montero replied: “It’s a wage problem and De Jong wants to stay at Barcelona.”

This correlates with Fabrizio Romano’s take on the situation. Speaking on his YouTube channel, Romano said: “With Manchester United, there is an agreement in principle since the beginning of July. An agreement for €75million plus €10milion in add-ons. But still, not agreed on Frenkie de Jong’s side.

“Man United are still insisting and pushing but they are not happy with the current situation, because they are on this Frenkie de Jong situation since long time, but still no green light from the player.”

“They will move only in case Frenkie will give the green light to the move. Chelsea will be on it with Frenkie and Barca only in case the player will change his mind.”

“And at the moment, this is still not the case, I am told. Frenkie, as of today, is still insisting to stay at Barcelona and not take a salary cut.”