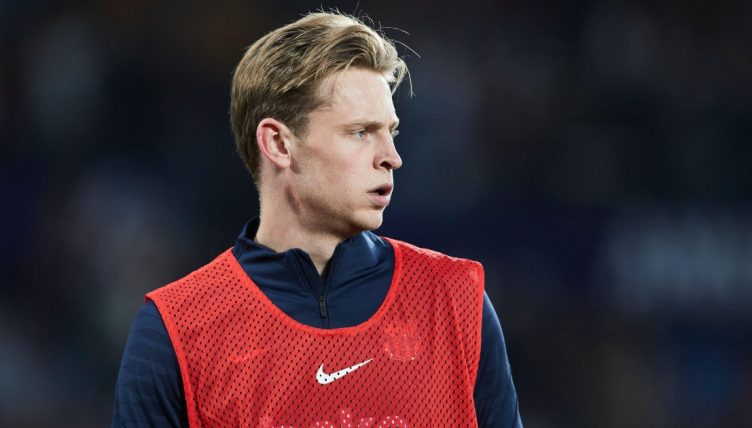 De Jong has been heavily linked with United throughout the summer transfer window but a deal is yet to materialise.

The midfielder is owed about £17million in deferred salary payments and Barcelona are reportedly keen to get his wages off the books.

Former United captain Gary Neville recently criticised Barcelona for spending money on new signings when they are yet to pay their current players.

“No answer,” Laporta told CBS Sports when asked about Neville’s comments. “I respect his opinion. But in my opinion, he’s not right because I insist we are respecting all our players. We follow the contracts. If we invest in new players it’s to make the club more competitive.

“It’s a circle: You invest in new players, the fans engage and that in turn improves our economy. Gary has been a very good football player for Manchester United. I respect his opinion and that’s all I have to say.”

During the interview, Laporta was unsurprisingly asked about De Jong’s future. He admitted that they want to keep the Netherlands international and denied reports that they will force him to take a pay cut.

“We want Frenkie to stay at Barca,” Laporta added. “We love the player. we love him as a human being. I like the guy very much. He’s a high-quality player and he has a lot of offers, very important offers.

“We’re just doing the same that we are doing with the rest of the players. The new ones that are coming have adjusted their salary to the new structure and in the case of Frenkie, he has a contract and we don’t force anybody [to take a pay-cut] because we respect the contract and it’s the decision of the player.

“But we try to do our work. We want to put our football payroll at a consistent level because we want to manage the club prudently and in a sustainable way.

“We need to have these talks in a calm and considered way. We don’t force anybody, we just explain the situation and are really grateful if some players help us.

🗣️"We will respect the decision of the player. We want him to stay. He wants to stay…"