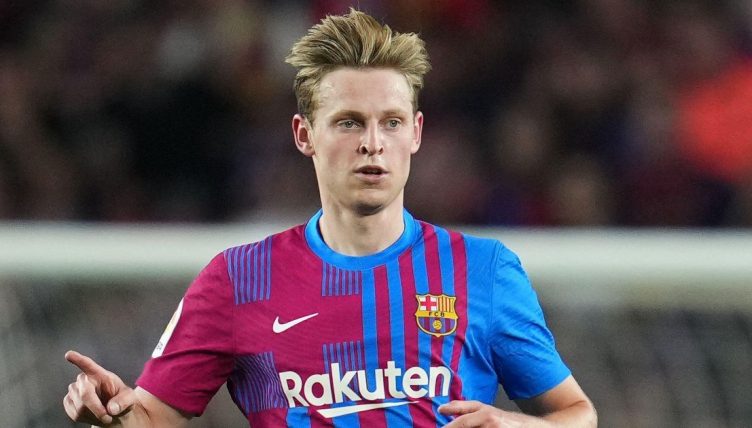 United have already signed Tyrell Malacia, Christian Eriksen and Lisandro Martinez this summer but De Jong has always been their top transfer target.

Paul Pogba and Nemanja Matic both left the club at the end of last season and that leaves Scott McTominay, Fred, James Garner, Donny van de Beek, Bruno Fernandes and Eriksen as their current midfield options.

United manager Erik ten Hag, who worked with De Jong during his time at Ajax, has reportedly made it clear that the 25-year-old is central to his plans at Old Trafford.

“We’re looking for a player who can play in the holding midfield position, but it has to be the right one,” Ten Hag said in a recent interview.

According to The Atheltic, United reached an agreement with Barcelona to sign De Jong. They agreed to pay the Spanish side a guaranteed fee of €75million and then a potential €10million in add-ons.

But reports in Spain suggest that the midfielder doesn’t want to move to United and is looking to remain at Barcelona. He is also owed a deferred salary payment worth €17million from Barcelona, which could be derailing the deal.

“As a club, we’re doing everything possible to get the deal done,” United chief executive officer Richard Arnold said during a discussion with fans.

“I’ve been up for days trying to get it done. The money is there but there’s things standing in our way which I can’t say.”

Murtough and Arnold have been at the heart of negotiations, having both travelled to Barcelona in July to try and force through the move.

A group of fans recently spotted Murtough at an airport following United’s friendly against Atletico Madrid and one shouted: “Get Frenkie!”

Murtough didn’t reply but turned to look at the fans and had a big smile on his face, prompting a lot of laughs from the supporters.

According to recent reports, United’s move for the Netherlands international could be hijacked by Premier League rivals Chelsea. The Atheltic report that Thomas Tuchel’s side are now in direct talks with Barcelona.