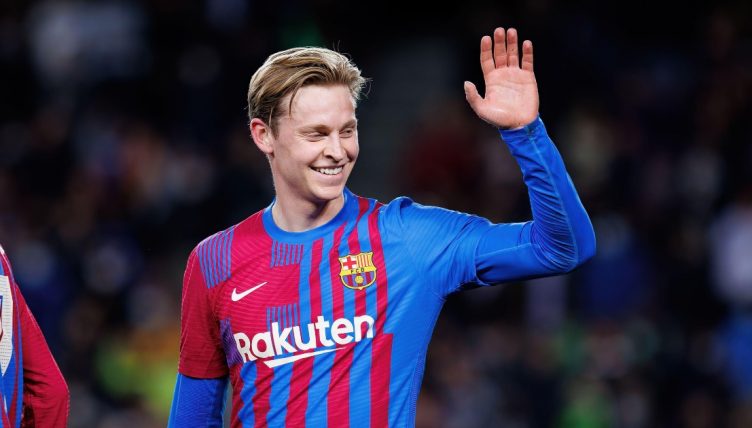 Manchester United have made Frenkie de Jong their main transfer target this summer and Sky Sports’ Dharmesh Sheth has provided an update about their progress to sign him.

New United manager Erik ten Hag worked with De Jong at Ajax and the duo won a league and cup double together in 2018-19.

According to The Guardian, United had an opening bid of €60million plus a potential €10million in add-ins rejected by the Spanish side.

Barcelona, who are currently dealing with a lot of financial problems behind the scenes, reportedly placed an €85million price tag on De Jong but United aren’t willing to spend that much on one player this summer.

While there was a significant gap between United’s proposal and Barcelona’s demands, Sheth provided an update on Sunday afternoon and revealed that the two sides are close to reaching a compromise.

“Talks have centred around the valuation,” Sheth said on Sky Sports News. “They were quite a way apart before.

“Barcelona wanted a certain figure and Manchester United weren’t prepared to pay what Barcelona wanted. But it’s understood that they’re moving closer to a compromise.”

While Sheth confirmed that De Jong is open to reuniting with Ten Hag, the journalist did point out that the deal could still fall apart due to financial reasons.

“United are still prepared to walk away from this deal if they don’t get the price that they are after and what they perceive to be a reasonable fee,” he added.

"It's understood that they are moving closer to a compromise"