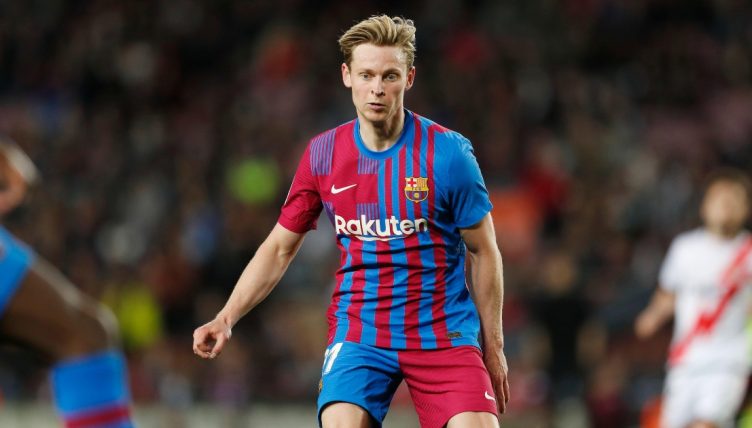 After weeks of rumours and speculation, Barcelona’s Frenkie de Jong now appears close to completing his move to Manchester United.

According to reports, United reached an agreement over an initial €65million deal for the midfielder and the two clubs are now negotiating over add-ons.

But United fans on social media started to panic after Barcelona president Joan Laporta spoke to the Spanish media at the weekend.

“There are clubs that want him, not just United. We have no intention of selling him, he wants to stay,” Laporta said. “Frenkie is considered one of the best midfielders in the world by all experts. We are happy to have him.

“I’m going to do everything I can in my power so that Frenkie stays here, but there’s also a salary issue and that would have to be adjusted.”

According to The Guardian, Chelsea are monitoring developments around De Jong and could target the Barcelona midfielder if his move to United breaks down.

But transfer guru Fabrizio Romano insisted that United are currently the only club that are in negotiations with Barcelona over De Jong.

While Romano did confirm Laporta’s statement that De Jong’s preference is to stay at Barcelona, he also revealed that an agreement between the two clubs is now close.

“It is true that Frenkie de Jong wants to stay,” Romano added. “Frenkie always says that he wants to continue at Barcelona. The last game he played with the Dutch national team, he said the same.