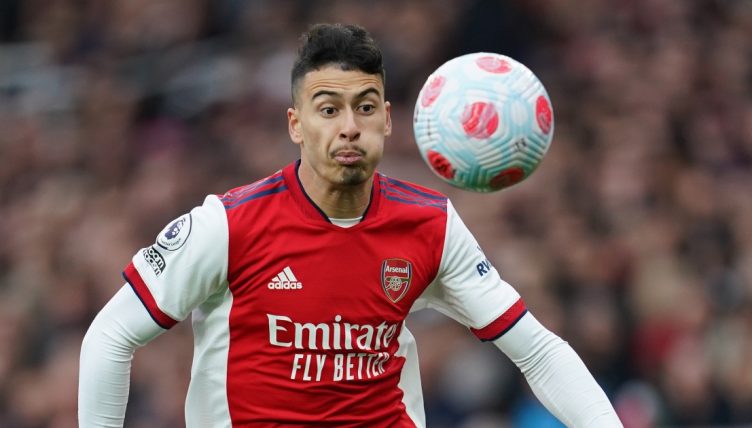 Arsenal’s Brazil international forward Gabriel Martinelli is a wonderful player to watch and he showed it once more on Sunday afternoon, leaving Leeds man Raphinha on his backside with some brilliant skill in the two sides’ Premier League game at the Emirates Stadium.

After some injury troubles over the past couple of years, Martinelli has been back to his best in recent months, giving defenders twisted blood with his skill and racking up five goals and four assists in this Premier League campaign so far.

He was back at it on Sunday against Leeds, when he faced his compatriot Raphinha and his relegation-battling Leeds side.

Arsenal took an early lead through a 10-minute brace from Eddie Nketiah, the second courtesy of a fantastic Martinelli assist. And things got even worse for the visitors when Luke Ayling was sent off for a horrendous tackle on Martinelli with less than half an hour gone.

The Brazilian got up and dusted himself down, however, and was able to produce a fantastic moment of quality 10 minutes into the second half.

Martinelli received the ball on the left from Granit Xhaka and Raphinha was the man tasked with stopping him. Martinelli was not in a forgiving mood.

He darted down the line, looking as if he was about to cross with his left foot – but as Raphinha slid in, Martinelli cut back inside with delightful agility and balance, leaving the Leeds man on his arse on the floor. Leeds’ most skilful player had just got a taste of his own medicine.

Martinelli then opted to shoot rather than cross, forcing a fairly smart save from Illan Meslier at his near post. There were three men waiting at the back stick, so it was possibly the wrong option, but we’ll forgive him after the brutal skill that preceded his shot.

In March, Arsenal boss Mikel Arteta praised Martinelli. “He’s shown big signs of where he’s moving,” Arteta said. “He certainly has the capacity to score goals and be a threat. His contribution and all-round game has been exceptional.”