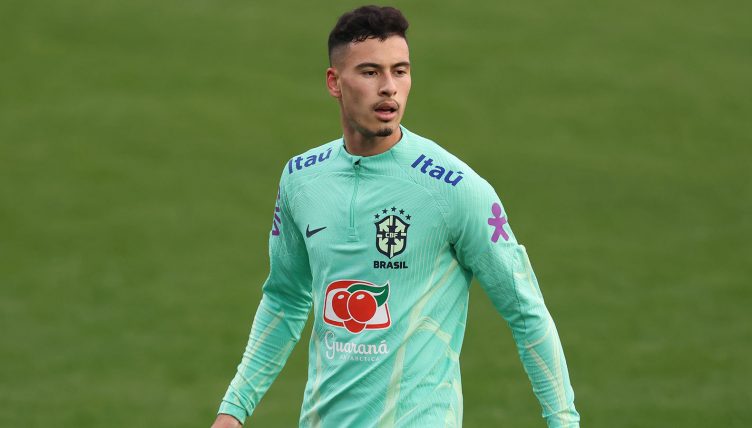 Gabriel Martinelli is having the season of his life for Arsenal and his latest ridiculousness in the Brazil training camp proves just how good he really is.

The Arsenal star has gone from strength to strength this season. Scoring five goals and assisting a further two in the Premier League so far, he has been on fire this season.

The 21-year-old has started in all 14 of Arsenal’s Premier League matches up until this point. Mikel Arteta has done a fine job with developing the talent of Martinelli and fine-tuning his end product.

The Brazilian winger has almost exclusively played on the left-hand side for Arsenal, although he can also operate through the middle.

Back in September Arteta praised the mentality shown by Martinelli to fight for his place in the Arsenal side.

“When he wasn’t playing, he was all the time in my office and every time showing me on the pitch how wrong I was,” said Arteta via Football London.

“And, (from) the moment that we agreed that he was ready to do it, the way he has improved, the way he is helping the team and still the room for improvement he has is phenomenal.

“He’s just a sad boy (when he’s not playing). He loves what he does. He’s so eager to do whatever it takes for him to play that he’s all the time there, pushing you and giving you the right reasons to give him more minutes.

“It’s just a joy to watch the freedom and personality that he plays with.”

The Gunners have enjoyed their best start to a Premier League season in years and will be top of the table at Christmas, while Martinelli also has every chance of being successful with Brazil in Qatar as they enter the tournament as one of the favourites.

“In a year, if you look at the game that he played here a year ago and today, it’s just incredible how fast they grow,” said Arteta.

“They mature, they recognise situations, execution level, the understanding and even physically he looks a different player.”

Martinelli is best known for cutting inside from the left onto his favoured right foot, but his strike in training proves he is off the left. Surrounded by superstars like Neymar and Vinicius Junior, Martinelli produces one hell of a strike in the Brazil training camp.

He will have to fight for a starting place, but this strike proves just how good he really is.