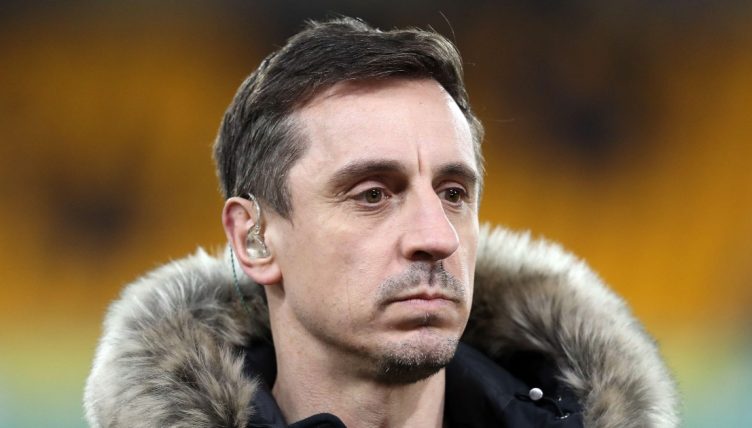 Gary Neville has warned potential Manchester United manager Erik ten Hag that his former club are a “graveyard for reputations” ahead of his seemingly imminent move to the club.

Neville, who spent his entire career at Old Trafford and is a former club captain, has been publicly vocal about his opinions on the current United set-up and the ownership of the Glazer family.

Ten Hag is the leading candidate for the United job but reportedly wants a few reassurances before accepting it and has also been linked with RB Leipzig.

“I suspect Ralf Rangnick will be speaking to Ten Hag honestly, Donny van de Beek will be answering him honestly,” Neville said about the chance of Ten Hag joining United.

“We know Edwin van der Sar is over at Ajax and will be speaking to Ten Hag honestly. They will be saying be very careful about going to Manchester United because it can be a graveyard for reputations at this moment in time.

“Rangnick came with an incredible reputation but he’s now starting to be wounded by what’s happening around him and he looks weaker and vulnerable on the touchline due to the performances of players on the pitch, who have nothing to do with him.

“Ole Gunnar Solskjaer is a good man, the players liked him and yet they turned him over. It’s a really difficult position for the club to be at.”

He continued to talk about his feelings about his beloved club, and the state of it both on and off the pitch.

“No anger, no comment anymore. They are a bit of a farce; you almost expect it from them. The players are taking Ralf Rangnick down with them. They are bad.

“When I look at Manchester City and Liverpool, they have humble football players; no over-inflated egos, they understand their position, the team comes first.

“There isn’t one Manchester United player that would get into any of those two teams, so why would you have an over-inflated ego, think you didn’t have to work hard or be spiritless? I don’t see anything anymore.”

Gary Neville is concerned that #mufc can't get Erik Ten Hag over the line – and suggests Old Trafford is a 'graveyard for reputations' 🪦 pic.twitter.com/36vjDnpBLd