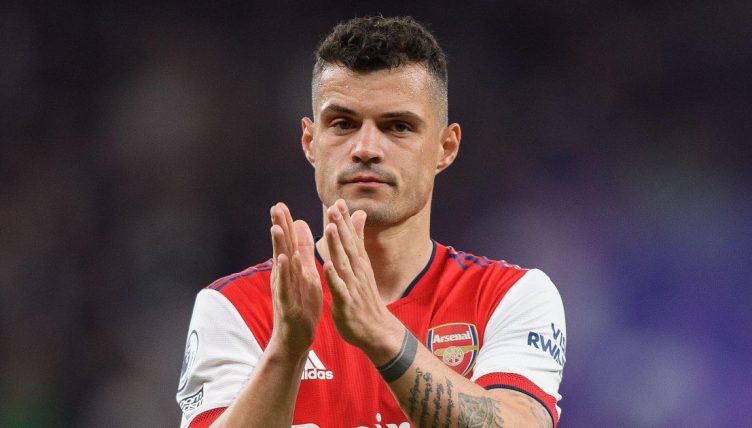 Arsenal went to Newcastle’s St James’ Park on Monday night knowing that they needed to win to go back into fourth position in the Premier League.

Tottenham’s win over Burnley meant that Antonio Conte’s side had taken the final Champions League spot on Sunday lunchtime,  but an Arsenal win would have put them back in the box seat.

Unfortunately for Gunners, their team put in a woeful performance, going down 2-0 to Eddie Howe’s energetic Magpies in front of a raucous Geordie crowd. An own goal from Ben White and a strike from Bruno Guimaraes sealed the defeat.

After the game, Xhaka gave a brutal interview, calling out his team-mates. “If someone isn’t ready for this game, stay at home,” he said.

“It doesn’t matter your age. If you’re nervous, stay on the bench or stay at home. You need people to come here and play. It’s one of the most important games for us. We’re feeling very disappointed for the people who came over here.”

On punditry duty in the Sky Sports studio, Neville did not take kindly to the comments. “He’s having a right dig at people within his dressing room,” Neville said. “I don’t know who he’s having a go at there.

“I hope he wasn’t having a go at those young players. Him. I tell you what, he’s been a disgrace at times over the last four, five years, getting sent off recklessly. He has left it up in the air there.”

Admittedly Arsenal’s youngsters were poor last night, but given how they’ve performed in general this season, Neville’s probably right to jump to their defence.