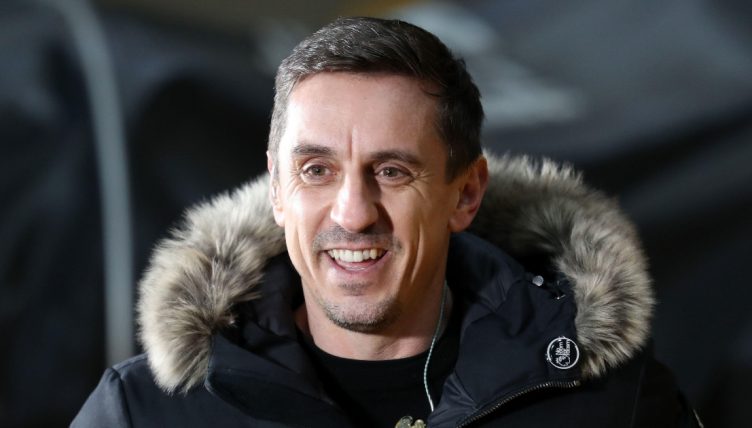 Neville, who was born in Bury, is a boyhood United fan and has always been renowned for his public dislike of Liverpool.

In 2006, he was fined £10,000 for maniacally celebrating Rio Ferdinand’s late winner in front of the travelling Liverpool fans at Old Trafford.

“When I was younger there was no doubt about it,” he said in 2010. “I was a United fan, they [Liverpool] were winning everything and it was a horrible time for my club, to be honest, through the 70s and 80s.

“I suppose it came from jealousy through my childhood – jealousy, hatred, passion for your own club. You don’t want them [Liverpool] to win anything, and you don’t like the people who are winning.”

Since hanging up his boots in 2011 and becoming a pundit for Sky Sports, he’s developed a brilliant bromance with former Liverpool defender Jamie Carragher.

But the 47-year-old still likes to poke fun at Liverpool at any given opportunity and regularly winds up their fans on social media.

The Reds were hoping to win their seventh European Cup at the Stade de France and Neville decided to watch the game at the pub.

After Karim Benzema had a goal disallowed for offside, Vinicius Junior scored a legitimate goal from a brilliant Federico Valverde cross in the 59th minute.

Neville then shared a video of himself smiling like a Cheshire cat while a group of fans celebrated Vinicius’ goal.

Liverpool were unable to find an equaliser and Madrid have now won their 14th European Cup.