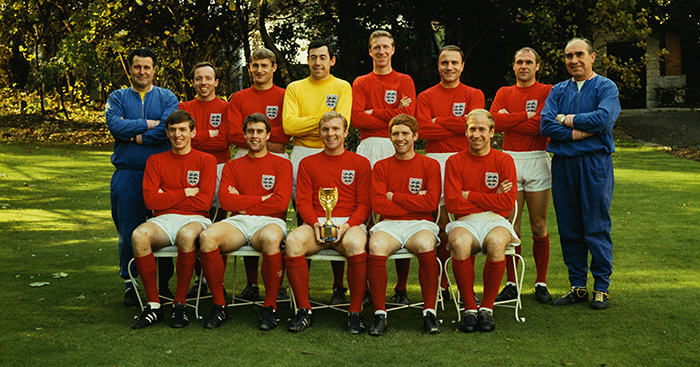 Sir Geoff Hurst doubts whether any of the current England team would have made the World Cup-winning XI – and believes there has only been one player since 1966 who could have improved it.

England made it to the semi-finals of the World Cup in Russia over the summer, but it is only the second time they have made it to that stage since actually lifting the trophy 52 years ago.

There are plenty of exciting young players in Gareth Southgate’s squad at the moment, but Hurst says even captain Harry Kane would have struggled to make it into Sir Alf Ramsey’s team.

“Maybe the only person you could change is putting Harry Kane in for me, if I’m being very modest,” Hurst says.

“He has scored a hat-trick in the World Cup, but he hasn’t got one in the final yet.”

Hurst, in fact, says there has only been one England player since 1966 who he feels might have improved the side which his hat-trick helped beat West Germany 4-2.

“The only player I would have considered putting into our team is Bryan Robson from Man Utd,” he says.

“I’ve seen him and worked with him, and was at West Brom with him when he was a kid. His style of the play, in the middle of the park, you’d possibly look to incorporate him.”

For Hurst’s full thoughts on the 1966 team and the current side, watch the video below.

Grosvenor Goals is the free-to-play game where, each week, entrants have the chance to win £1 million if their 10 chosen players are all first goal scorers.

The game will also offer £10k for anyone who predicts 10 anytime goal scorers from their selections, with a £10 free bet to those who successfully pick three or more first scorers each week.

England legend Sir Geoff Hurst will play his part too – if he selects four or more first goal scorers in a game week, all users who play Grosvenor Goals that week will win a £10 free bet.