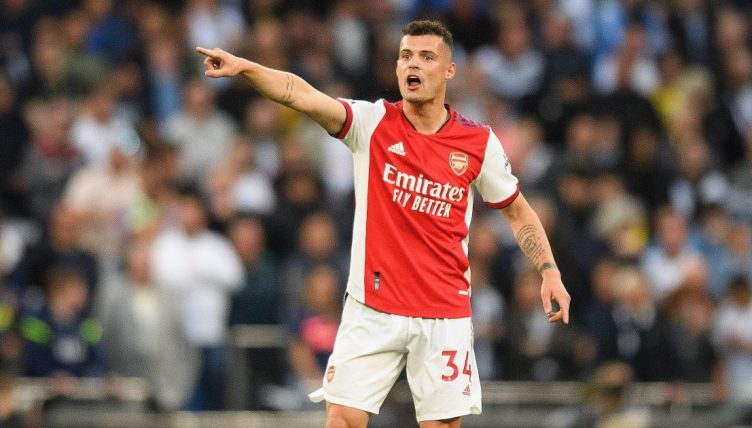 Granit Xhaka appeared to criticise some of his team-mates as Arsenal lost 2-0 to Newcastle and failed to move back into the Champions League places.

Arsenal could have sealed fourth with a victory against Tottenham Hotspur last Thursday but they lost 3-0 to Antonio Conte’s side.

After Harry Kane’s penalty gave Spurs a 1-0 win over Burnley on Sunday, Arsenal needed to beat Newcastle at St James’ Park to move back above their north London rivals.

But Ben White’s own goal gave Eddie Howe’s side the lead in the 55th minute before Bruno Guimaraes scored with five minutes remaining to seal the win for the hosts.

The Gunners now need to beat Everton and hope Tottenham lose to Norwich City on the final day of the season to stand any chance of finishing fourth.

After the full-time whistle, Xhaka spoke to the media and seemed to question whether some of his team-mates had the courage to compete.

“If you’re nervous, stay on the bench or stay at home. Don’t come here. You need people to have the balls to come here and play because we knew this was one of the most important games for us.”

But his comments didn’t go down very well with former Manchester United captain Gary Neville, who was covering the game for Sky Sports.

“He’s obviously having a right dig at people within his dressing room,” Neville said.

“I hope he wasn’t having a go at the young players – him? I’ll tell you what, he’s been a disgrace at times over the last four or five years, getting sent off recklessly.”

"If someone isn't ready for this game, stay at home" 😐

Granit Xhaka says the Arsenal players didn't deserve to be on the pitch today..pic.twitter.com/0rvSmBg1YK