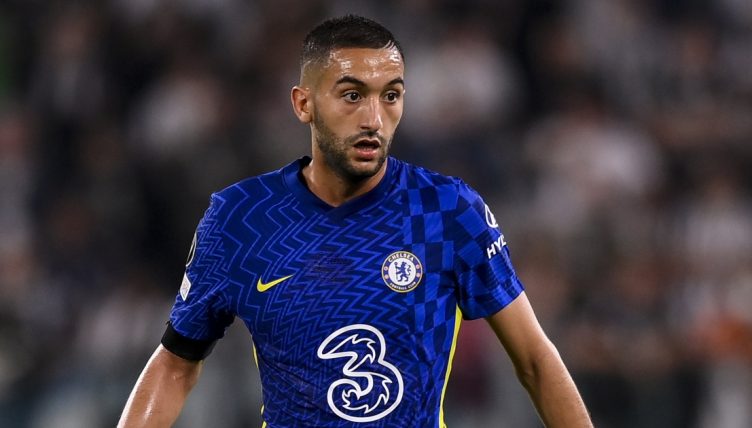 Chelsea took command of their League Cup semi-final against Tottenham, winning the first leg 2-0 through a strike from Kai Havertz and an own goal from Ben Davies that redefined slapstick. It could have been even better had Timo Werner scored after a magnificent Hakim Ziyech ball.

The build-up to the game was overshadowed by the Romelu Lukaku saga but, even though Lukaku started the match for Chelsea, his presence was quickly overshadowed by a smooth display from Thomas Tuchel’s side and Spurs’ inadequacies.

Havertz scored the opener just five minutes in after intercepting a poor defensive pass, while the second was a comedy of errors with Japhet Tanganga heading an attempted clearance straight into Ben Davies, who was credited with the most ‘Spursy’ goal of all-time.

Spurs barely picked up their game after the interval, with the best chances falling to Chelsea – one of which was courtesy of a wicked crossfield pass from Hakim Ziyech.

Receiving the ball just inside the Spurs half, Ziyech played a glorious raking ball over the heads of the opposition defence and into the path of an unmarked Timo Werner.

Werner was unable to convert the goalscoring opportunity, with Lloris plucking his attempted chip from the sky – but that shouldn’t detract from the quality of Ziyech’s ball.

Speaking to Sky Sports after the game, Zieych said: “We forgot to finish the game. We had a lot of chances today but there is a game on next week and hopefully we get the job done there.

“We knew they would come and make mistakes and they did. Before half-time we got the second one and had a good feeling in the dressing room. We could’ve got more in the second-half but we didn’t.”

More Moroccan Magic from Hakim Ziyech. No one in our team is capable of this, he needs more respect🇲🇦🤝
pic.twitter.com/kb9gJvaPoJ

Hakim Ziyech next? The 10 players to move from Chelsea to AC Milan