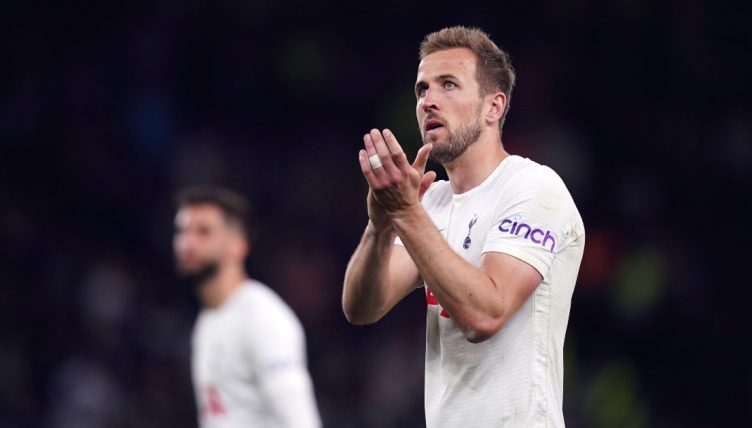 Harry Kane was Tottenham’s matchwinner against Arsenal, scoring twice in the 3-0 victory that keeps their hopes of Champions League qualification alive – and the England captain also played the role of peacemaker with an amusing push on Cedric Soares to keep him away from Son Heung-min.

Kane already held the record for most goals scored in the north London derby, but added another two to his tally last night with a clinical penalty and a poacher’s header. The striker now has 13 in 16 appearances against Arsenal.

His record against the Gunners is ironic considering that Kane was released from the club aged eight.

“Me and my dad were walking to the park next to my house at the time and that was when he told me that Arsenal have released me. He kind of just put an arm round my shoulder and said, ‘don’t worry, we’ll work harder, move on and find another club’,” Kane admitted to the Players’ Tribune Football, in 2018.

And his status as the darling of the Tottenham Hotspur Stadium was further cemented with a hilarious intervention during a scrap between Son and Soares during the game’s first half.

As Kane led his team-mate away from the melee, Arsenal full-back Soares strode over to express his dissatisfaction with the South Korean’s actions.

Another captain may have attempted to reason with his opponent, but Kane’s method of diffusing the argument was funnier – an effortlessly sharp push that buffetted Soares away.

Tottenham’s 3-0 win on Thursday has taken them to within a point of Arsenal, who occupy the final Champions League slot.

Spurs will face Burnley and Norwich in their final two games and will need the Gunners to drop points against either Newcastle or Everton to reach Europe’s elite competition for the first time in three seasons.