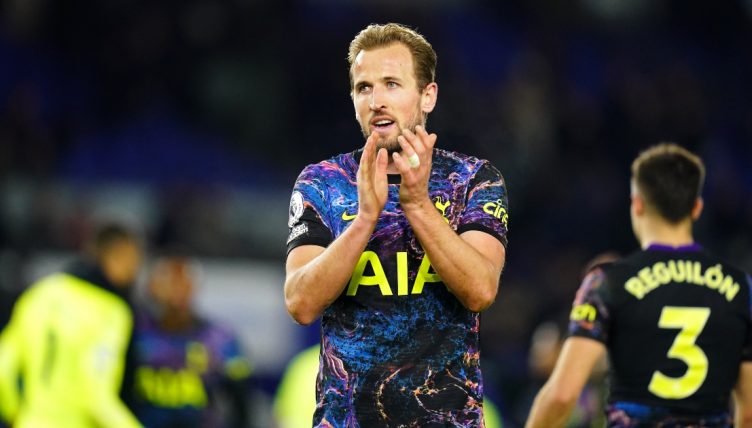 Harry Kane became the fifth highest goalscorer in Premier League history with his strike during Tottenham’s 2-0 win over Brighton on Wednesday – but everybody was left talking about his jaw-dropping open goal miss during the first-half.

Kane created a slice of Premier League history as he helped Tottenham to an important three points at free-falling Brighton.

After Cristian Romero had put Spurs in front before the break, the Spurs captain entered the record books just before the hour by scoring his 95th goal away from home – more than any other player.

He also moved above Frank Lampard in the list of all-time scorers, going into fifth with 178 goals and more records are surely around the corner given his goalscoring prowess.

It was his seventh strike in six Premier League games and helped keep Spurs in the race for the top four, although they remain behind north London rivals Arsenal.

But nobody was really talking about that. Everybody was still processing Kane’s incredible miss with the Brighton goal gaping.

Brighton goalkeeper Robert Sanchez came well out of his box to clear a back pass, but Kane was lurking. Sanchez’s attempt hit the England skipper before the striker chased down the loose ball with the open goal at his mercy.

But, on a tight angle, he somehow flashed his effort through the six-yard box and wide. It was a contender for Miss of the Season and Kane won’t be wanting to see replays of it again in a hurry.

Tottenham will face top-four rivals West Ham on Sunday before facing Newcastle at the start of April. Their season hinges on ensuring their first Champions League campaign since the 2019-20 season.