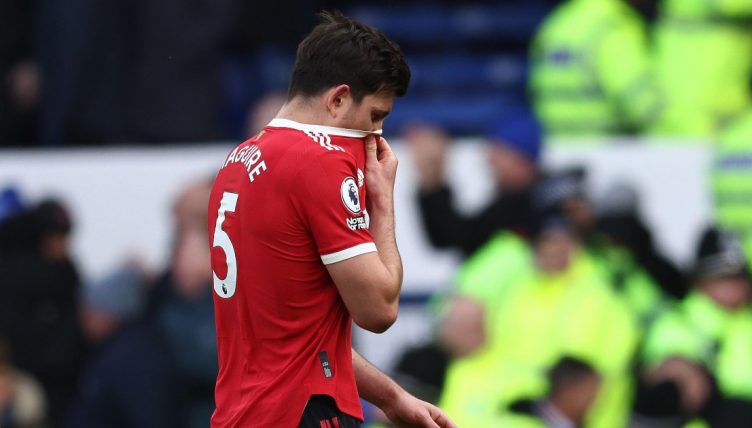 Harry Maguire seemed to call for handball on his Manchester United team-mate Nemanja Matic during United’s 1-0 loss to Everton.

The decision was given later on in the first half when the Everton players appealed that Matic’s hand was involved when he brought the ball under control just outside the United box.

It was Maguire who Anthony Gordon’s first-half strike deflected off of to give Everton the only goal of the game, the youngster’s strike coming off Maguire who was trying to block the effort.

United attempted to get a goal back but produced little to nothing all game. The best chance came late on when Maguire headed the ball down to Cristiano Ronaldo, whose shot was saved by Pickford. The United players alleged it hit the hand of Will Keane in the process, but it wasn’t checked by VAR.

Manchester United are now effectively out of the race for top four, and would likely have to win all of their remaining games to have a chance to play in the Champions League next season.

“If we play like we did here we just don’t deserve it [Champions League qualification],” said Manchester United interim manager Ralf Rangnick after the game.

“The players themselves should be eager to play international football, if possible Champions League. In order to qualify for Europe you have to be able to score in 95 minutes in a game like this.”

“With all respect to Everton – because they have a good team – but if you don’t score against a team who conceded three goals against Burnley, you cannot expect to get anything out of it.”

Harry Maguire calling for handball against Matić 29′ from soccer