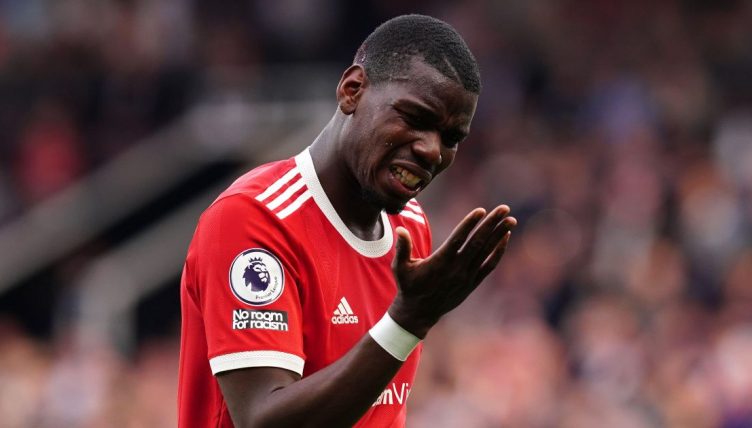 It hasn’t been a great season for either Harry Maguire or Paul Pogba at Manchester United – and things got farcical for the pair on Saturday afternoon when Maguire kicked Pogba in the head during their 3-2 Premier League win over Norwich at Old Trafford.

The moment came after an hour, by which point United had given away a 2-0 lead constructed in the first half-hour.

Cristiano Ronaldo put the Red Devils ahead after just seven minutes and doubled the hosts’ lead just after the 30-minute mark. But Norwich came back with goals from Kieran Dowell and Teemu Pukki either side of half time.

With United looking for a goal to re-take the lead, United’s players crammed into the box for a corner kick. Alex Telles’ cross was met by Ronaldo, whose header was easily saved by Tim Krul.

Yet behind Ronaldo, Pogba and Maguire were both also attempting to get to the ball. As Maguire leapt, he fell over a Norwich defender in fairly slapstick style and as he fell his boot swung up, catching his French team-mate on the head just behind the ear.

Pogba was seemingly enraged by the incident, bashing his fist on the ground as blood trickled from his wound. He also gestured in the direction of Maguire as Ronaldo went over to assist him.

The apparent discord in the Untied ranks would not stop them getting the winner, though. That man Ronaldo popped up again with 14 minutes of normal time left to make it 3-2 and earn United the three points.

The third goal was Ronaldo’s 21st of the season and completed his 50th career hat-trick, staggering numbers to add to the plethora of records he’s compiled in his career.

The performance may not have been exactly what United desired. But given the circumstances surrounding the club at the moment – with fan protests at the ownership – they’ll definitely take the result.

Maguire is such an opppic.twitter.com/i8C71hVdOl