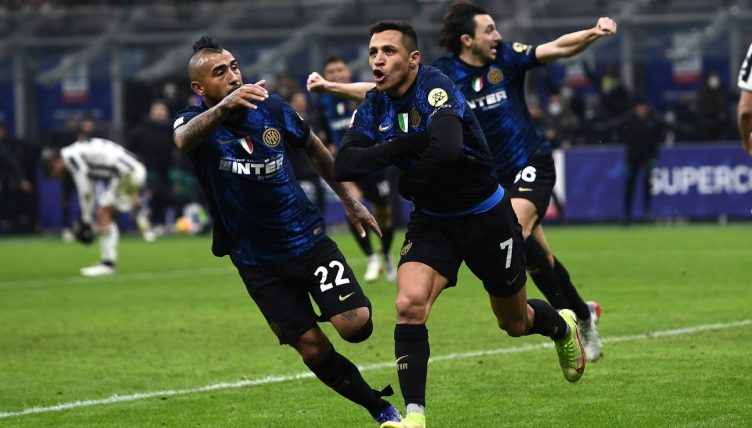 Weston McKennie had given Juventus the lead in the 25th minute but Lautaro Martinez equalised from the penalty spot before half-time.

The game looked to be going to penalties but Alex Sandro failed to clear the ball in the 121st minute and Matteo Darmian managed to prod it into the path of Alexis Sanchez, who then scored with the last kick of the game.

It sparked wild celebrations at San Siro as almost every member of the Inter bench ran onto the field to embrace the goalscorer.

Inter secured their first Italian Super Cup since 2010 but it was a third for manager Simone Inzaghi, who guided Lazio to victory against Juventus in the showpiece event in 2017 and 2019.

“Champions are like this, the more they play, the better they feel. They can do something nobody else can,” Sanchez told Sport Mediaset after the game.

“I played against Lazio, I thought I would play today as I was in good shape, but the coach made that decision. I was hungry and felt like winning something tonight! We are on the right track with the right players and we have to continue like this.”