Watch: Inter slip up in Serie A title race after jaw-dropping GK howler 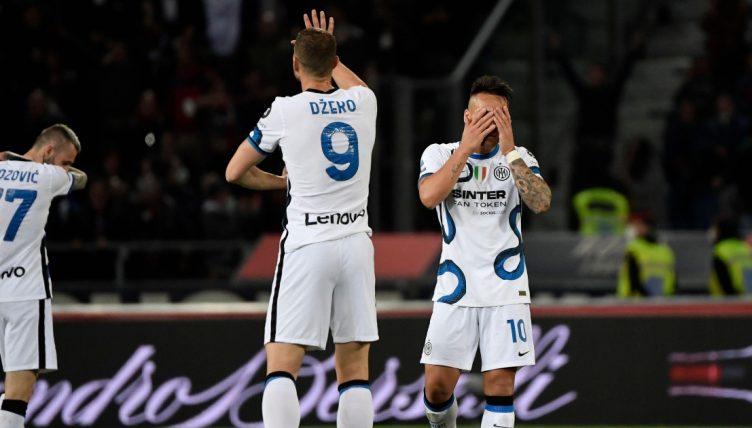 Internazionale lost vital ground in the Serie A title race after a 2-1 defeat at Bologna on Wednesday night – with the winning goal coming courtesy of one of the worst goalkeeping errors you’re ever likely to see.

The reigning champions of Italy’s top-flight travelled to Bologna knowing that a victory would take them above city rivals AC Milan with four games remaining of the league season.

And, after Inter went ahead after just three minutes following a sensational solo effort from Ivan Perisic, the Nerazzurri would have fancied their chances of claiming a crucial three points.

But their mid-table opponents raised their game and took the fight to an anxious Inter.

And it was Bologna who bagged the next goal, as Marko Arnautovic started and finished a nice move with a dominant header to level the scores.

Simone Inzaghi’s side, who knew this was their game in hand on AC Milan, pressed hard for a winner but came unstuck in spectacular fashion.

With eight minutes to go, second-choice goalkeeper Ionut Radu completely fluffed a backpass, missing the ball and presenting an open goal to Nicola Sansone who scored the winner for Bologna.

It’s hard to remember such a massive goalkeeping howler in a game of this importance. Seriously, it needs to be seen to be believed.

Inzaghi’s side travel to Udinese on Sunday knowing that another defeat would be fatal to their title defence. Rivals Milan will host Fiorentina on the same afternoon.

With four games to go, it’s advantage Milan and the knowledge that Radu’s clanger may have cost Inter the opportunity of winning back-to-back Serie A titles.

Could that cost them the Serie A title? pic.twitter.com/7NcXOxiMwZ