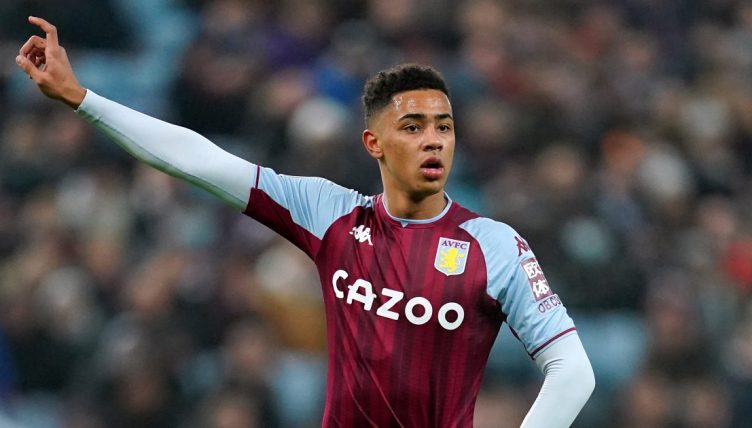 Aston Villa went to Old Trafford to play Manchester United in the FA Cup on Monday night and did enough to come away with more than the eventual 1-0 defeat.

Yet for Villa’s young midfielder Jacob Ramsey, there was at least a little victory to celebrate as he sold Bruno Fernandes a lovely dummy in the second half.

The 20-year-old Villa midfielder has really come into his own in 2021-22, starting 13 games in the Premier League and featuring heavily under new manager Steven Gerrard as well as former boss Dean Smith.

On Monday night, he was handed another start, this time in the world’s oldest cup competition as Villa and United rounded out the weekend’s action.

He put in another very assured display, helping his side control much of the game, despite which Villa were beaten 1-0 courtesy of an early Scott McTominay header.

Villa had two goals ruled out by the VAR, causing immense frustration among their fans. But Ramsey did provide their travelling support with something to cheer in the second period.

Ramsey got the ball in the United half and was confronted by Bruno Fernandes. Unfazed by his illustrious opponent, Ramsey subtly spread a little sauce on the Old Trafford pitch.

The Villa youngster dropped his left shoulder and Fernandes was fooled. The Portuguese star lurched to that side, but as he did, Ramsey span in the other direction and raced away before playing the ball to Danny Ings on the edge of the box.

In December, Gerrard said: “We’ve come in and seen Jacob Ramsey playing at a level where he can’t be outside the eleven.

“His training performances and what he is delivering on the pitch is basically saying to me, ‘I want a shirt in this team, I don’t want to be moved and I’m going to show you I deserve that shirt.'”

This little bit of skill told us nobody is going to take that shirt off him any time soon.