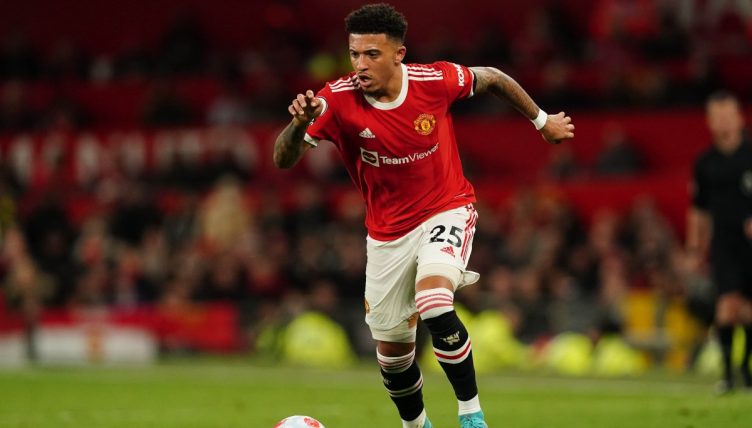 It came early on in the match, with Harry Maguire picking out the English winger down the left-hand side with just eight minutes on the clock.

Sancho had managed to evade the attention of Spurs’ right-back Matt Doherty to run into space down the left.

The Irish defender then failed to intercept the ball in the air and allowed it to land at the feet of the United winger.

From there Sancho produced an outrageous first touch, taking the ball perfectly in stride.

He rolled the ball with his right foot as it came to him, sending him in behind the Spurs defence which clambered to organise itself.

The United winger was then able to find Cristiano Ronaldo who was in space, but the Portuguese star’s shot was blocked by the arms of Eric Dier.

Despite United’s aggravated appeals, the referee had no interest in awarding a penalty for handball.

It ended up not mattering, with United winning 3-2 courtesy of a stunning hat-trick from Ronaldo.

His first was a screamer assisted by a brilliant flick from Fred while his second was a tap-in after Sancho had made another penetrating run beyond the Spurs defence.

Sancho once again put in an impressive overall performance and has been a bright spark for his club since the turn of the year.

Ralf Ragnick has been full of praise for the 21-year-old.

“Jadon, I’ve known since he was 17 when he still played in England,” Rangnick revealed earlier this year.

“I contacted him and his agent when he was 17 and tried to convince him to join us at Leipzig, in the end he decided to go to Dortmund and had a great time there.

“The style of football we play fits perfectly with his assets and his strengths.”