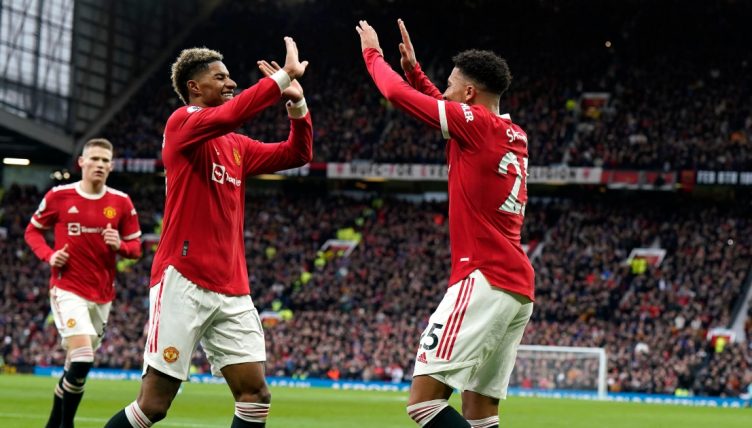 Jadon Sancho and Marcus Rashford gave a timely reminder of their abilities during a Manchester United training session in Thailand.

Sancho and Rashford were regarded as two of football’s best young talents after excelling at club level during the 2020-21 season.

But they both missed penalties during England’s European Championship final defeat to Italy and then struggled to recapture their best form in 2021-22.

The duo will now be hoping for a fresh start under new manager Erik ten Hag, who is renowned for turning young players into world-class stars.

United are currently in Thailand and will face Liverpool tomorrow in their first pre-season friendly. Ahead of the game, the players took part in a training session and Sancho’s brilliant cross from the right wing was headed home by Rashford.

“We have got that feeling of excitement and that buzz around the training ground again,” Rashford recently said in an interview with MUTV. “It is a fresh start for everyone.

“I think for me, it is just fresh ideas, fresh tactics and a new personality that has been added to the team. I am looking forward to working with him [Ten Hag].

“It has been tough, but we have all enjoyed the training sessions and we are mixing it up as well. We are not just doing all football and all running, we are doing a little bit of both so it’s fun and it’s good signs looking forward.

“He is very detailed out on the grass and even in the rules of each game. Like I said, it is all fresh and when something is fresh it is good for the mind and good for the body, so we are all looking forward to working with him and hopefully we continue to improve.”

Ranking every player to have worn Man Utd’s No.8 shirt in the PL era