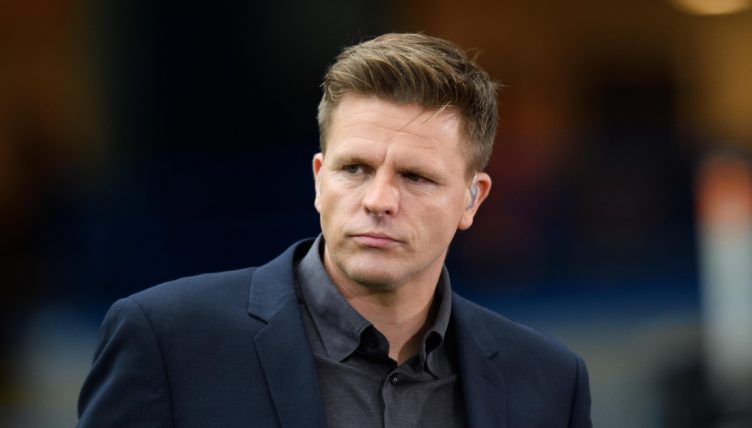 Newcastle United are flying under Eddie Howe but controversy remains over the actions of their Saudi Arabian owners – something that was bizarrely slapped down by BT Sport presenter Jake Humphrey.

In one of the most spectacularly Partridge-esque television moments of the year, Jake Humphrey took a dig at critics of Newcastle United’s Saudi-led ownership.

The club were taken over last October, by a Saudi-led consortium indistinguishable from the Saudi government, with both led by Mohammed bin Salman.

Presenting BT Sport’s coverage of Newcastle’s match against Liverpool on Saturday afternoon, Humphrey said: “as ever with this club, there are people standing on the sidelines, ready to snipe and have a bit of a pop.”

Understandable, you might think. But it seems Humphrey has been fully sportswashed, as he followed that comment by saying: “At the moment, the way they’re running the club, it’s proving difficult for them, isn’t it?”

Presumably, he is referring to the heavy spending on new players in the January transfer window and the appointment of Eddie Howe, and conveniently ignoring the appalling human rights record of the new owners.

While Newcastle have the second-highest points total in the Premier League since the start of 2022 – only Saturday’s opponents Liverpool have more – criticism of the club’s owners doesn’t look like relenting.

And, given the severity of the allegations levelled at the group, one would have thought that Humphrey would have measured his words more carefully.

Newcastle fans will be delighted with their team’s form over the second half of the 2021-22 season and are already looking forward to seeing who the club sign in the summer transfer window.

But Humprhey’s deflection of any criticism of Newcastle’s owners will raise more than a few eyebrows across the footballing world.