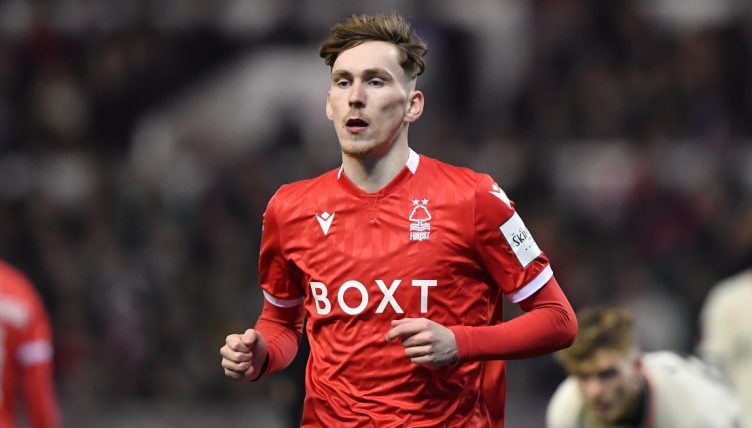 Garner, who came through United’s academy, has been earning rave reviews for his performances on loan at Forest in 2021-22.

He impressed against Leicester City, Arsenal and Liverpool in their FA Cup run and has also played a key role in Forest’s play-off bid in the Championship.

After Brennan Johnson gave Forest the lead against Coventry, Garner made a brilliant run into the box in the 61st minute before smashing the ball high into the net.

The 21-year-old midfielder has now been directly involved in 10 goals for Forest this season, registering four goals and six assists in 38 appearances in all competitions.

According to The Daily Telegraph, he is set to be given a chance to impress the new United manager in pre-season in the summer.

Bruno Fernandes recently named Garner as the academy player he wants to play alongside, and he’s clearly a popular figure at Old Trafford.

“I always thought he is one of the players who, if he keeps going and keeps improving, in the way he was doing in the Academy, he can be a very, very good midfielder,” Juan Mata told United Review in 2020.

“I really like him; the way he plays on the ball, his cleverness, his way of looking forward, looking for a pass and also his attitude off the ball. So, whenever he was here, I always tried to encourage him and said what I believed he could be as a player.

“I always tried to motivate him and give him confidence as I think, when you’re that age, you need confidence and trust – not only from the manager but also from your team-mates.”