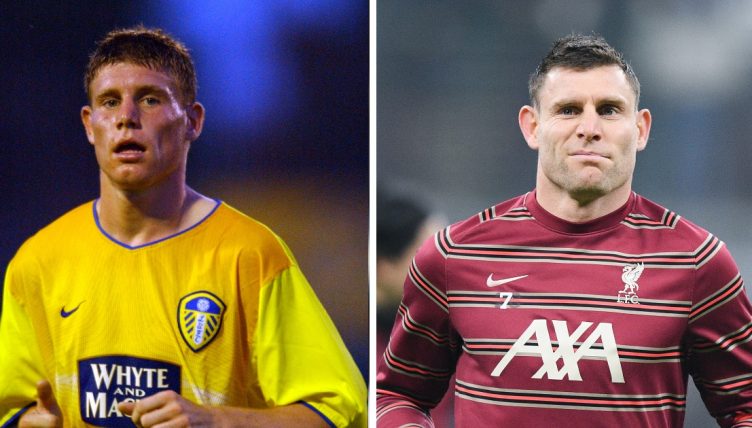 Having become the Premier League’s second-youngest debutant when he first appeared for Leeds at the age of 16, against West Ham in November 2002, Milner went on to win the lot. He’s still competing for trophies as a 36-year-old today.

It looks likely that the versatile midfielder will continue playing at the top level for at least one more season, with reports suggesting that he’s set to sign a one-year contract extension at Anfield that runs to 2023.

Milner has become more of a rotational squad option for Jurgen Klopp’s Reds in the veteran stage of his career, but his professionalism and athleticism make him a handy asset for a side competing on four fronts. He’s made 30 appearances in 2021-22 so far.

Perhaps the most amazing thing about him is that he’s barely aged in 20 years as a footballer. It’s mad to think he’s 10 months older than Wayne Rooney, who cuts a very different figure in Derby’s dugout these days.

Only Frank Lampard, Ryan Giggs and Gareth Barry have made more Premier League appearances than Milner, and he could well claim the top spot by the time he finally hangs up his boots – with plenty of suggestions he’ll see out his twilight years back where it all began at Elland Road.

Yorkshire’s own answer to the eternally ageless Javier Zanetti, this clip – found on Reddit, originally posted on TikTok by @goalsoccer1892 – shows how little Milner has actually aged since he emerged as a fresh-faced youngster 20 years ago.

Maybe Ribena is the secret…