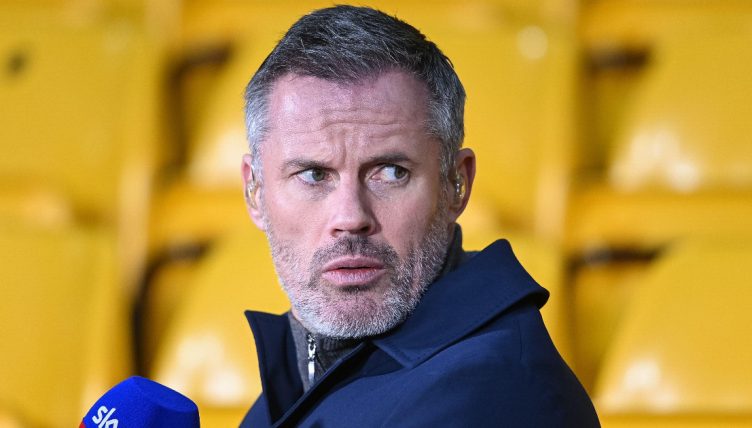 Sky Sports pundit Jamie Carragher has criticised Arsenal for their performance that saw them lose 2-0 away to Newcastle United to all but end aspirations of a top four finish.

Mikel Arteta’s side headed to the North East knowing that two victories in their final two Premier League fixtures would ensure Champions League football would be making a long awaited return to the Emirates in 2022-23.

But the Gunners were totally outplayed on away soil, showing no improvement from the damaging 3-0 defeat they suffered at rivals Tottenham Hotspur last week.

Ben White’s own goal in the 55th minute was followed by a misery compiling Bruno Guimaraes finish in the latter stages as Arsenal slumped to defeat.

They now trail Tottenham by two points meaning that Antonio Conte’s men look certain to grab the fourth spot on the final day. Spurs only need to avoid a loss against bottom side Norwich City to pip Arsenal to the coveted position.

Carragher is one of many pundits who has regularly voiced his frustrations at the Gunners’ underachieving campaigns over recent years.

It looked like 2021-22 would be the season where they finally returned to the top table alongside Europe’s elite. But it seems like they’ve thrown away the opportunity which has earned a damning assessment from the former Liverpool defender.

“Since I’ve started at Sky I’m sick of saying the same things about Arsenal,” Carragher said while speaking on Monday Night Football.

“I actually enjoyed this season with the young players – I could get behind it. I think the fanbase accepted that they weren’t going to be challenging for the biggest honours but there was something building.

“But that performance was bad. That was bigger than a Cup final for Arsenal with how important the Champions League is.

“To play that poorly in the first half and then produce that in the second half, it wasn’t acceptable.”

🗣 "Since I've started at Sky I'm sick of saying the same things about Arsenal".

Jamie Carragher expresses his disappointment in Arsenals performance after showing no improvements in the 2nd half pic.twitter.com/nuBcx3Ks3H

Everything you need to know about Arsenal target Marquinhos