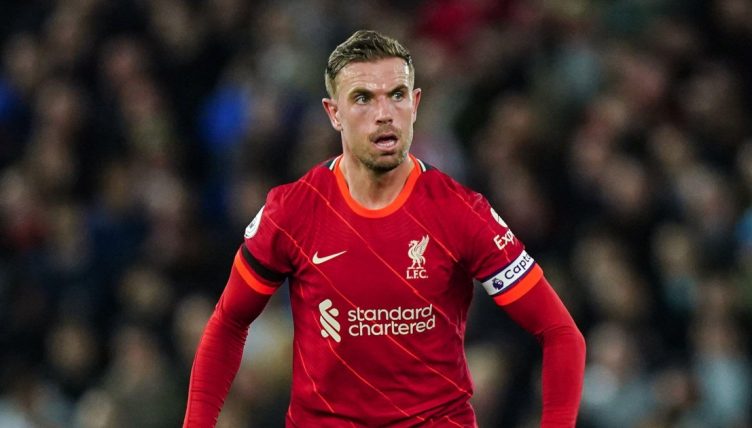 Liverpool moved to the top of the Premier League with a 4-0 thumping of Manchester United and the gulf between the two sides was illustrated by Bruno Fernandes panicking and booting the ball into touch when faced with a rampaging Jordan Henderson.

There weren’t many observers that backed United to get a result at Anfield but the ease with which Liverpool secured their victory underlined the superiority of Jurgen Klopp’s side.

Strikes from Sadio Mane and Salah wrapped up the scoring and Liverpool usurped Manchester City at the Premier League summit for a minimum of 24 hours. Their hopes of the quadruple remain very much alive.

Henderson enjoyed an effective performance from midfield, easily bossing the likes of Nemanja Matic and Jesse Lingard – but it was Fernandes that the England international made to look bang average.

With Liverpool leading 3-0, Henderson whipped the ball away from the feet of Marcus Rashford and looked set for a 50:50 tussle with Fernandes.

But the United midfielder appeared spooked at the prospect of a direct confrontation with Henderson and simply booted the ball out of play.

The 31-year-old then appeared to exchange verbals with Fernandes and grinned at gaining a moral victory over his opponent.

Later, after Fernandes was booked for a malicious challenge on Trent Alexander-Arnold, the Liverpool captain stormed over to confront him and appeared to call him a “fucking rat” and a “fucking baby”.