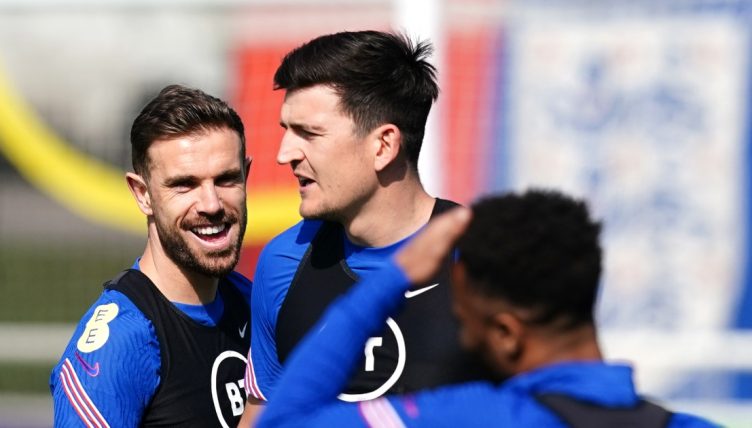 Henderson counted the passes as Jack Grealish and Nick Pope continuously chased the ball in the middle of a high-quality rondo at St. George’s Park ahead of England’s international friendly with Switzerland at Wembley.

But after 43 completed passes, Maguire seemingly was bored of the one touch tiki-taka and allowed Pope to close him down to the confusion of the former Sunderland midfielder.

Henderson appeared to mutter “What are you doing?” to his team-mate before the video cut away leaving us to guess Maguire’s reaction.

Maguire has endured a difficult season at Old Trafford. His performances have often dipped well below the level that saw him named in the 2020 UEFA Euro Team of the Tournament. Displays which left some suggesting that he should have been dropped from the national team.

“I don’t think it ever crossed our minds not to select Harry Maguire for this squad,” England manager Gareth Southgate said when he announced his 25-man squad for the March internationals.

“He’s been a key part of the starting XI that got us to a World Cup semi-final and a Euros final. There’s no doubt in my mind that he’s one of our best centre-backs.”

This was one of many head scratching moments Maguire has provided in recent months.