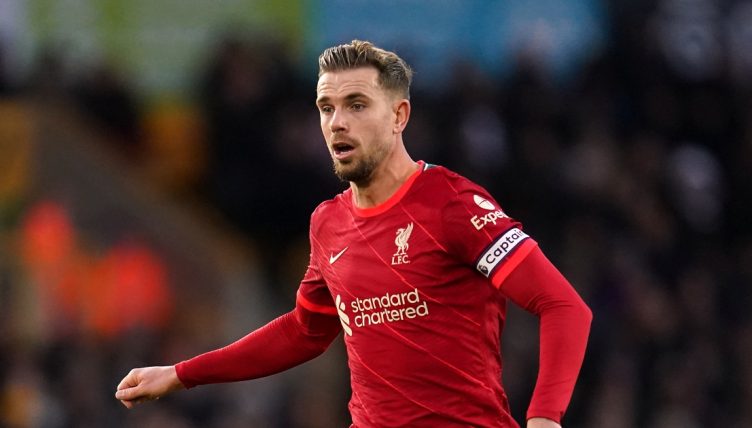 Liverpool closed the gap on Premier League leaders Manchester City with a comfortable 3-0 win over Brentford – but our attention was drawn to a piece of showboating from Jordan Henderson.

Jurgen Klopp’s side were looking to bounce back from their disappointing goalless draw with Arsenal in their EFL Cup semi-final and took their frustrations out on their London opponents.

Goals from Fabinho, Alex Oxlade-Chamberlain and Takumi Minamino secured three points for the Reds on Sunday afternoon and moved Liverpool to within 11 points of champions City.

Henderson played the full 90 minutes and the Liverpool captain found time to showcase his lighter side at the end of the afternoon.

As team-mate Trent Alexander-Arnold waited to take a throw-in, Henderson went to throw him the ball but decided to balance it on the back of his head instead.

The England international rolled the ball down his neck and into Alexander-Arnold’s hands, proving why Liverpool fans consider Henderson to be the ‘real seal’ at Anfield.

Henderson’s overall performance showed why Liverpool recently gave him a new contract until June 2025 – which will extend his stay at the club to 14 years.