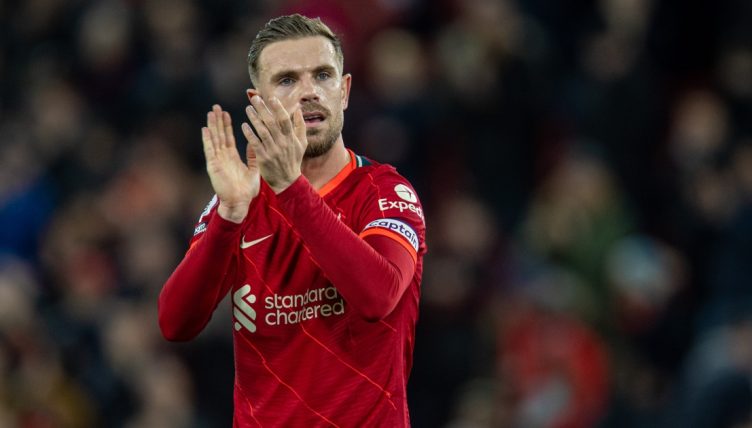 Despite being pushed hard, Liverpool secured a 2-0 victory over Internazionale in the Champions League on Wednesday night through strikes from Roberto Firmino and Mohamed Salah – but unused substitute Joel Matip stole the show with his improvised game of duck, duck goose.

Liverpool entered the last 16 at the San Siro as warm favourites to progress; Jurgen Klopp’s side were the first English side to win all six group matches and Internazionale hadn’t appeared in the knockout stages for a decade.

But the Italian champions proved more than a match for Liverpool and caused the Premier League side plenty of problems throughout the match.

Klopp made a rare triple change after an hour, such were his side’s struggles, and it eventually paid off, with Roberto Firmino and Mohamed Salah both netting in the final 15 minutes.

It was after Firmino’s goal that the game’s main moment of hilarity ensued. As a group of Liverpool players, including goalscorer Firmino and captain Jordan Henderson, celebrated on the side of the pitch, the bib-wearing Matip spied an opportunity for mischief.

Sneaking up behind his team-mates, Matip tapped three of them on the head in possibly his first game of duck, duck goose since the school playground.

Henderson’s face, a mixture of confusion and weariness, should be hung in the Louvre as a matter of urgency.

After the game, Klopp told BT Sport: “It was incredibly physical. We had to find a way.

“I think we started really well, playing around their formation. They came up with some pretty direct play that we didn’t defend well. Too often our full-backs were alone. In a game like this, you have to keep the ball longer, and that didn’t happen enough.