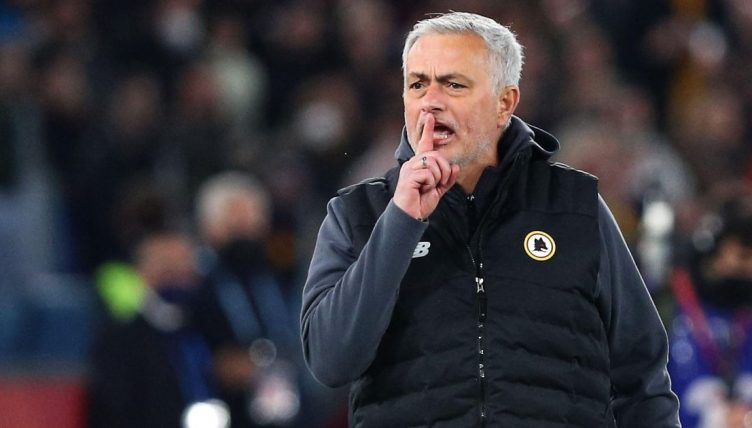 Ten Hag will take over at the Old Trafford helm this summer – ending a five-year stay with Ajax – tasked with turning the fortunes around at a club that’s consistently failed to succeed ever since Sir Alex Ferguson’s departure in 2013.

Despite not being too fondly remembered for his time in Manchester by United fans, Mourinho was the last manager to win silverware at the Premier League giants – their Europa League win in the 2016-17 season.

The current Roma manager spent two and a half years at the Red Devils but was ultimately sacked after failing to lead his team to domestic glory which many initially felt he could inspire.

Ten Hag is now the next man in line who the club’s hierarchy believe can get them back on track.

The task will be by no means simple with United currently enduring a torrid campaign that looks certain to end without qualification for Champions League football next season.

The Dutchman has his work cut out, but Mourinho was not keen on offering any words of wisdom for Ten Hag.

“You touched the point, my former club,” said Mourinho, speaking in his pre-match press conference ahead of Roma’s clash with Leicester City in the Europa Conference League on Thursday evening. “Not my club. I don’t have any advice.”

The 52-year-old may have to look for tips elsewhere. He’s certainly a man who sounds like he’s relishing his soon-to-be new job.

“It is a great honour to be appointed manager of Manchester United and I am hugely excited by the challenge ahead,” Ten Hag said.

Jose Mourinho has NO advice for Erik ten Hag at Manchester United ❌😅 pic.twitter.com/HKXtWHriYb