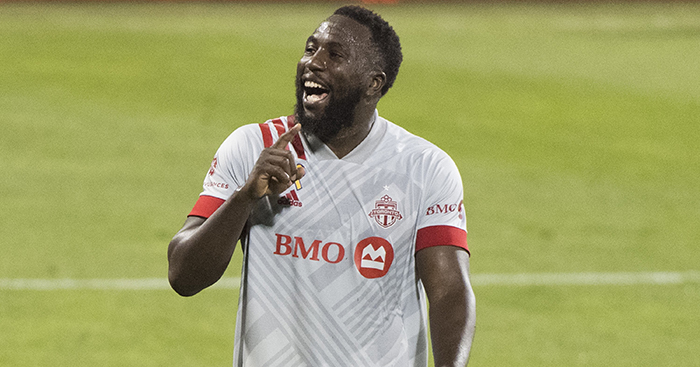 There can’t be a single person in the world who doesn’t think football is worse off without a full quota of supporters inside the stadium – but Toronto FC’s Jozy Altidore has quickly realised there is one benefit: you get to wind up the home fans.

Far fewer home fans and no away fans at all means we’re going to hear a hell of a lot more from the pitch this season. And hopefully more brilliance like Matt Ritchie shouting, “How have you given that, you wee d*ck?” at a linesman. We’re all for that.

But it’s also going to give away players a chance to really rub it in – to hardly anyone, admittedly – when they score.

It isn’t uncommon to see players giving a bit back to fans after scoring, but it’s generally just pantomime: a shush gesture and a few words nobody can make out in a noisy stadium. And it is kind of cursory to acknowledge your own fans after scoring so you can’t spend too long on your moment of schadenfreude.

But it hasn’t taken Altidore long to realise he doesn’t have to worry about any of that anymore.

So when he ran through to score a late winner for Toronto in The Canadian Classique at Montreal Impact on Wednesday night, he was sure to pass a few words of advice on to the home fans.

It’s all very PG sadly, but it’s opened our eyes to a world of possibilities this season. Matt Ritchie, what have you got?

Watch: Ritchie screams at lino, ‘How have you given that you wee d*ck?!’