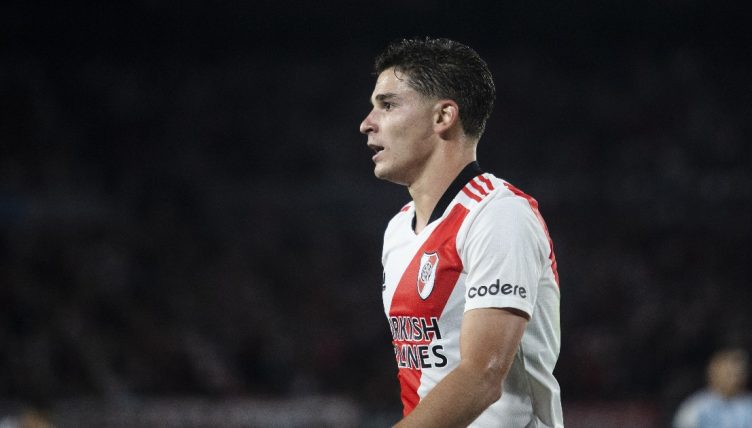 If you support a Premier League club that’s not Manchester City, be afraid. Be very afraid. As well as Erling Haaland, this summer Pep Guardiola’s side will also add Julian Alvarez – who just scored SIX goals in a Copa Libertadores match for River Plate.

Haaland famously scored a triple hat-trick for Norway’s Under-20s, and City’s other new striker has now scored a double hat-trick – in South America’s equivalent to the Champions League, no less.

Back in January, City signed Alvarez on a five-and-a-half-year deal before loaning him back to River Plate until July.

In form like this, it’s easy to understand why he factors into the Premier League champions’ plans for next season.

“We’ve had many offers from clubs to loan Julian Alvarez – but he is not going to leave”, City’s CEO Ferran Soriano recently told The Sun.

“He will do pre-season with us and I think he will stay. Barcelona? No, Barca were not interested”.

Some critics of Guardiola’s side suggested that they were badly missing a striker following the departure of club legend Sergio Aguero last summer.

But City defied their doubters by scoring 99 goals – the most of any side in the division – as they retained their Premier League crown in 2021-22.

It will be fascinating to see what Alvarez and Haaland can bring to an already fearsome outfit.

“I see a player more in positions between the pockets and the striker. A guy with this sense of goal has to play close to the goal,” Guardiola said following the Argentina international’s signing in the winter window.

“For the age, for the price, for many reasons for the future, it is a really good deal. He is a guy who has a sense of goal, the quality, the movement in behind – a street player.

“He is so dynamic. I think when he is playing the goal is there in his mind with the way he finishes and makes the movements over five metres.

“He has the desire, the passion and the strength without the ball.”

From his latest performance, it’s clear to see that Pep knows what he’s talking about.