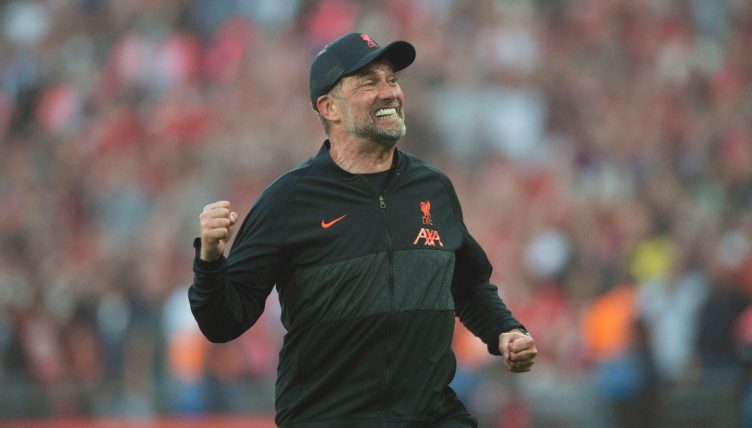 Liverpool’s victory over Chelsea in the FA Cup final means that Jurgen Klopp has now won every major trophy possible since his arrival in 2015. It was clear how much it meant to him, as he jubilantly sprinted onto the pitch at full time.

The German manager is known for his passionate fist pump celebrations after each victory, and he joined the rest of the Liverpool staff in running onto the Wembley pitch.

Liverpool and Chelsea played out a 0-0 draw where both sides had numerous chances to win before his side secured the victory in a penalty shootout that ended 6-5.

Despite Sadio Mane’s effort being saved by Edouard Mendy, Alisson produced a magnificent stop to deny Mason Mount and Kostas Tsimikas was the hero for Liverpool as he scored the winning penalty.

Klopp had not won either domestic cup in his time in England prior to this season, but has now won both as Liverpool target the quadruple.

While it was a great day for Liverpool, Virgil van Dijk and Mohamed Salah both had to be replaced due to injury problems.

Klopp explained his decision to bring the duo off as an injury precaution, with the Champions League final against Real Madrid coming up.

“We had to change Mo early and that was my decision. He felt something, he said he could carry on, but they rarely get better in a game,” Klopp stated after the match.

“Virg [Van Dijk] felt something, too. It was clear he had to go off after 90 minutes but being able to bring on Diogo Jota and Joel Matip is the best situation I have ever been in as a coach.

“I have spoken to both [Salah and Van Dijk] and both are OK. Not a big thing. Both will be fine but we have to see.”