Watch: Klopp bellows at Salah to pass the ball during Liverpool win 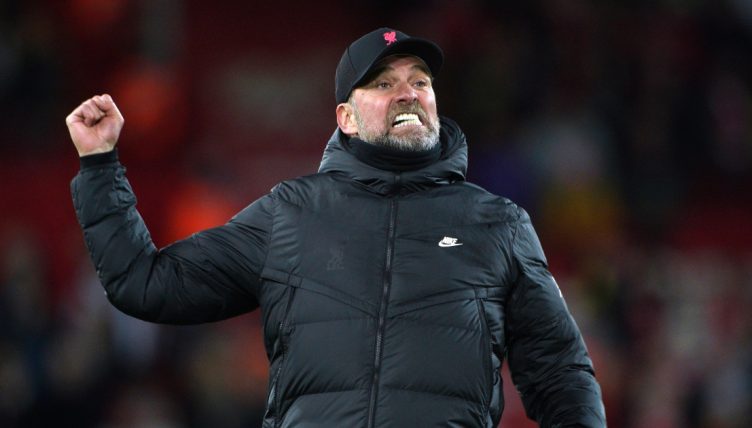 Liverpool manager Jurgen Klopp was caught having an angry exchange with Mohamed Salah during their 2-0 win over Brighton on Saturday.

Luis Diaz gave the visitors the lead before Salah gave Liverpool some breathing room slotting home a penalty in the second half, leaving them three points behind Manchester City at the Premier League summit.

But the Egypt international didn’t have a fantastic game on the South Coast and was the target of his manager’s wrath during the afternoon.

Klopp was seen screaming at Salah at one point to “pass the ball” after a Liverpool attack broke down and Salah responded to Klopp asking “to who?”, throwing his arms up in the air in sheer frustration.

All of this will add fuel to the fire surrounding Salah’s contract situation at Anfield.

His agent, Ramy Abbas Issa, has suggested Liverpool’s latest contract offer, which came towards the end of last year, was swiftly rejected.

It is understood no talks have taken place since December, with Abbas making clear he will not come back to the negotiating table unless improved terms are received.

But Klopp insists the club “cannot do much more” in talks as both parties have appeared to reach a stand-off.

Speaking about Salah ahead of the Brighton clash Klopp called for perspective, saying he was relaxed about the situation.

“The Mo question, nothing new happened, everything is fine, Mo is giving absolutely everything to the club,” Klopp said.

“I understand these questions about contracts, but the club is in talks with all the agents and all the people and that is how it should be.”

Then, he had said: “Mo definitely expects this club to be ambitious, we were in the last few years and we are. Of course we cannot do much more (in talks), that is how it is but it is Mo’s decision.