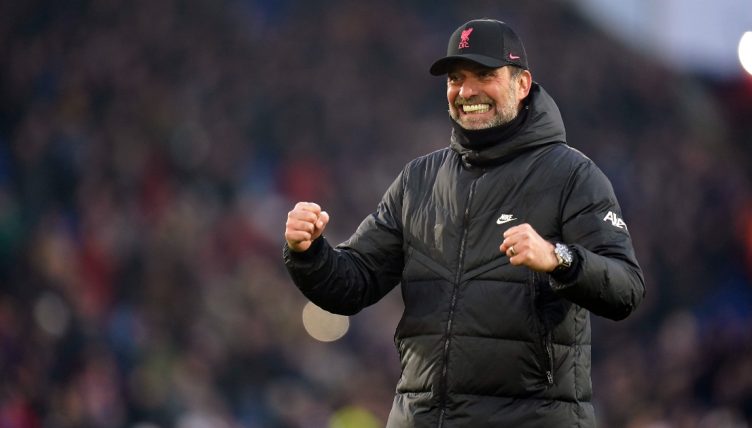 Jurgen Klopp is a beloved figure on the red half of Merseyside – and one gesture after Liverpool’s 3-1 win at Crystal Palace underlines exactly why.

When Klopp arrived at Anfield in October 2015, it immediately felt like a good fit; a famously passionate manager joining a club where football is consumed with a religious fervour.

And that assumption has borne fruit over the intervening six years as Klopp has led Liverpool to both Premier League and Champions League glory.

Liverpool travelled to Selhurst Park on Sunday knowing that victory would cut the gap to leaders Manchester City to nine points, with Klopp’s men also having a game in hand on the reigning champions.

And goals from Virgil van Dijk, Alex Oxlade-Chamberlain and Fabinho gave the Reds a hard-fought victory in the capital.

Klopp was happy to show his appreciation to supporters who had made the trip to London by stepping off the team bus to give them bottles of beer.

His actions were widely praised on social media, with some describing it as further evidence of Klopp’s strong bond with Liverpool supporters.

Jurgen Klopp passing beers to fans after the game 😂😂 pic.twitter.com/5v0C8WiEx3