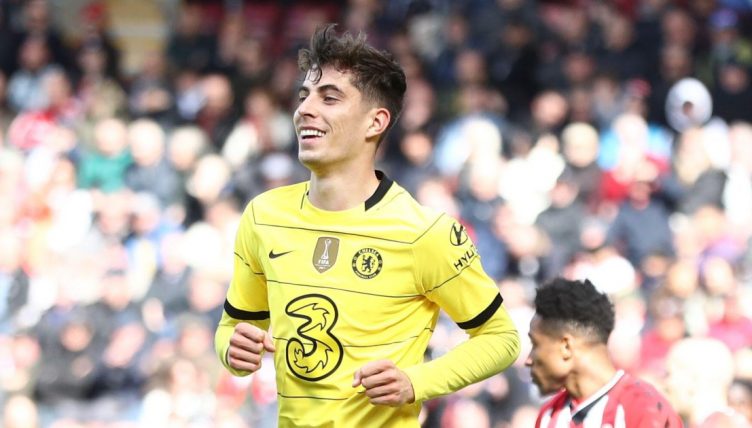 Havertz had a fantastic game as Chelsea strolled to a six-goal win against Ralph Hassenhuttl’s Saints who would have been worried about a repeat of their 9-0 losses to Leicester City and Manchester United in the last two consecutive seasons.

It came late in the game when Havertz received the ball and was pressured straight away by James Ward-Prowse. He immediately turned the English midfielder, rolling the ball backward with his foot and spinning around the challenge of the Southampton captain.

He then repeated the trick against Tino Livramento as the former Chelsea player attempted to take the ball off the German international.

Havertz also scored in the game, netting the fourth goal of the game in the 31st minute. He tapped home after a Timo Werner shot smashed against the post following a mistake by Mohammed Salisu.

Werner himself scored a brace, while Mason Mount also scored two. Havertz and Marcos Alonso netted the other two.

Havertz has taken the role of Chelsea’s main goalscorer in this campaign, leading the way at the club with 13 in comparison to £100million summer striker signing Romelu Lukaku’s 12 goals.

“We can see a lot of intensity and physicality in his game. He has already stepped up from the beginning of this season in training and when he plays,” Thomas Tuchel said of Havertz earlier in the season.

“He’s tougher to play, more physical and is more involved. He relies more on his strengths, which is his body and runs without the ball, and he’s more focused on this.

“I think he’s in the process of being even more reliable and more consistent.

“Of course, he’s an offensive player with the ability to score and we want more goals so, in this part of the game, he can improve by being more clinical and more precise.”