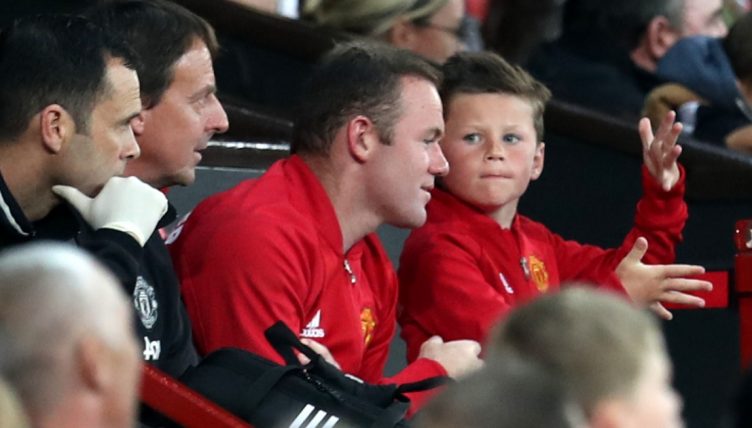 Rooney, who won five Premier League titles at United, is the all-time highest goalscorer in Manchester derby history with 11 goals to his name.

His most memorable goal came at Old Trafford in February 2011 when his stunning overhead kick gave United a 2-1 over their local rivals.

The former England international decided to hang up his boots in January 2021 but City are still being terrorised by a Rooney.

Kai Rooney, Wayne’s eldest son, trained for Manchester City as a seven-year-old before moving to America and playing for Bethesda SC Washington club.

After the Rooney family returned to England in 2020, Kai followed in his dad’s footsteps by putting pen to paper on a United contract.

“I’m a proud dad,” Wayne said after Kai signed his contract in December 2020. “He’s been working hard, he obviously came over to the States with us to continue with his football.

“He went on trial with Manchester United and he’s impressed the coaches. He signed his forms yesterday so I’m delighted for him.

“He did have other options, other clubs to go to but he decided he wants to sign for Manchester United, so it was his decision and not mine.”

He plays alongside Cristiano Ronaldo Jr for United’s Under-12s and made headlines earlier this season after scoring four goals in a match against Liverpool.

Kai, who wears the No.10 shirt like his dad, has now found the back of the net against City’s youth team as well. The 12-year-old made a clever run into the box before curling the ball over the goalkeeper and into the net.

United fans will be hoping that he’s doing that against City’s first team in the future.