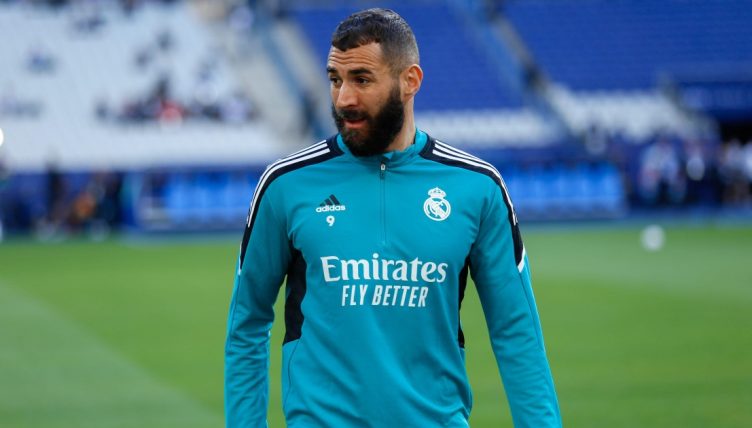 Real Madrid‘s Karim Benzema appears to have picked up where he left off last season after scoring a stunning goal in a recent training session.

Benzema was in sensational form in 2021-22, scoring 27 goals in 32 La Liga appearances as Los Blancos wrestled the trophy back from 2020-21 winners Atletico Madrid.

He was also impressive in the club’s Champions League campaign, helping Carlo Ancelotti’s side pick up a 14th European Cup.

The France international scored 15 goals in 12 appearances in Europe, including hat-tricks against both Paris Saint-Germain and Chelsea in the knockout rounds.

Benzema won Madrid’s Player of the Season award for the fourth time and is the clear front-runner for the Ballon d’Or award, which will be handed out in October.

“I think he [Benzema] deserves to win the Ballon d’Or,” team-mate Eden Hazard recently told ESPN. “There’s no doubt about it.

“But I think he deserves it not just for that season, but for his whole career. It’s like he’s been at the top for 15 years. Maybe he’s scoring more goals, which is why people just want him to win this Ballon d’Or, but I think he deserved it before, like five years ago.

“He’s our captain now and he’s also like, a really good guy. He’s not talking that much on the pitch, doing what he wants. He’s our leader. So we just pushed him to go for the Ballon d’Or.”

After starring for Madrid and then playing in three UEFA Nations League games for France, the striker was given an extended holiday over the summer.

He recently joined up with Madrid for their tour of the United States but didn’t feature in the pre-season friendly against Barcelona.

“We have won a league and Champions League with this team and we have faith, but if Karim is not there then we are lacking a bit in front of goal or in the creation of danger,” Thibaut Courtois said after the 1-0 defeat to their La Liga rivals.

Fortunately for Madrid, Benzema looked fully fit and ready for the new season during a recent training session in Los Angeles.

After being picked out by Eduardo Camavinga, he produced a crazy first touch to bring the ball under control and embarrass team-mate Alvaro Odriozola.

The 34-year-old then produced an unerring finish, leaving the Madrid goalkeeper rooted to the spot.

Where are they now? 16 Real Madrid kids given debuts by Jose Mourinho