Watch: Tsimikas sends opponent for a hotdog with delicious skill 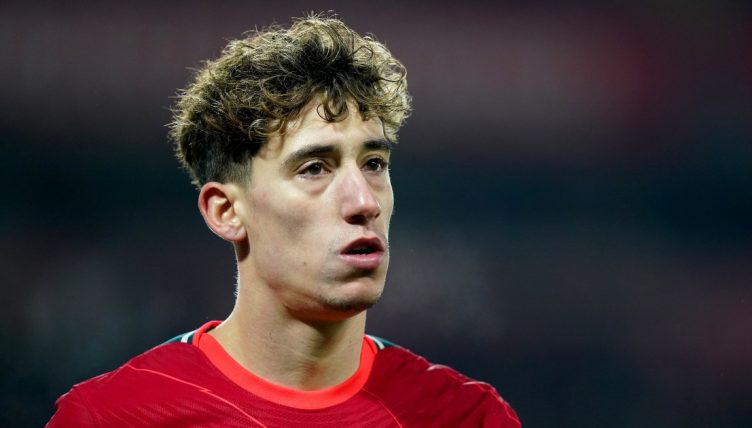 Liverpool provided their supporters with an early Christmas present on Wednesday evening after their dramatic comeback victory over Leicester in the EFL Cup – and, in the middle of all the drama, our attention was drawn to a silky piece of skill from Kostas Tsimikas.

Jurgen Klopp named a much-changed line-up for the quarter-final at Anfield, with a busy festive schedule meaning that the Liverpool manager took the opportunity to rotate his squad.

But this looked like backfiring when two early goals from Jamie Vardy put Leicester 2-0 ahead.

Tsimikas, one of 10 changes from the side that drew at Tottenham in their last Premier League outing, refused to take the early deficit lying down.

Receiving the ball on the left touchline, the Greece international flicked the ball over the head of Ricardo Pereira – sending his opponent out for a copy of the Liverpool Echo in the process.

After beating his man, Tsimikas advanced down the touchline and drove a cross over to Neco Williams. Good interplay between young Williams and Roberto Firmino created the opportunity for Alex Oxlade-Chamberlain to pull a goal back for Liverpool.

It was another stellar moment in a breakout season for the full-back, whose form has moved first-choice defender Andy Robertson to comment on the competition Tsimikas presents.

“Being at a club like Liverpool you expect to have competition all over the park, and we’ve got that,” Robertson told The Mirror.

“I think some people can get caught up in competition or start disliking one or the other, and it’s just crazy. We both want each other to do well.”