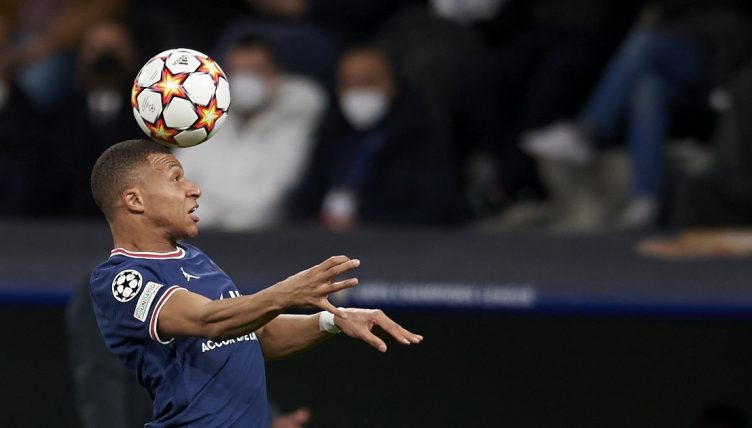 Kylian Mbappe netted a superb counter-attacking goal to give PSG a two-goal aggregate lead over Real Madrid in the Champions League last 16 second-leg tie at the Bernabeu.

The forward struck late on to earn PSG a 1-0 victory in the first leg of the blockbuster tie at Parc des Princes three weeks ago, and the France international planted yet another dagger into Madrid hearts – this time in their own backyard.

Neymar’s through ball found the 23-year-old who turned the afterburners on to race towards Thibaut Courtois’ goal. With David Alaba the only covering Los Blancos defender, Mbappe composed himself just inside the box and coolly found the bottom corner at the near post.

The forward – who could be Madrid-bound this summer – has been the difference between the two sides across the two matches so far.

“I’ve not decided my future,” said Mbappe after the game against Carlo Ancelotti’s side in Paris.

“I play for Paris Saint-Germain, one of the best clubs in the world.

“This game to influence my future? No. I’ve not decided. I give my best and then we will see what happens next season.”

Mbappe is showing just why he is the heir to Cristiano Ronaldo and Lionel Messi’s throne. The 13-time European Cup winners can’t contain him.

"Look at his body shape, he does the keeper!"

The pace to attack the space followed by the coolest of finishes to put PSG ahead at the Bernabeu!#UCL pic.twitter.com/5LeGrWhnlF