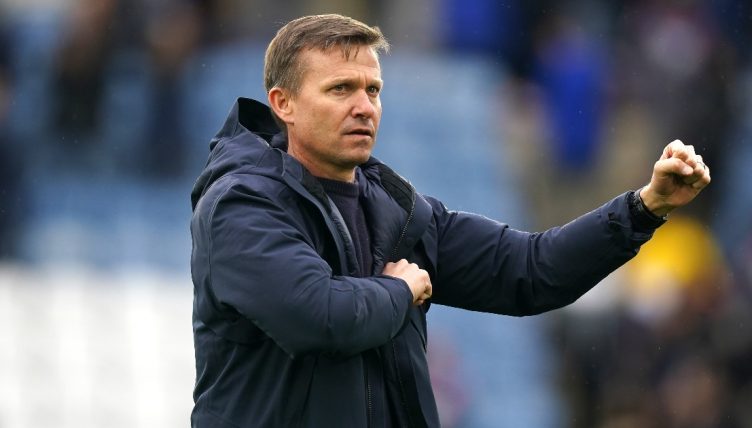 Leeds United head coach Jesse Marsch has hit back at those who criticised him for a post-match huddle in the middle of the King Power pitch following his first game in charge.

Marcelo Bielsa’s successor organised a team huddle as soon as the full-time whistle blew after his side fell to a Harvey Barnes inflicted 1-0 defeat to Leicester City.

Leeds showed signs of promise under their new American boss with a performance that will encourage supporters about their prospects of retaining Premier League status.

But the actions of Marsch’s display of unity with his players has been a topic of discussion in recent days. Gabby Agbonlahor labelled it as ‘cringe’ on talkSPORT – not that his opinion will bother the 48-year-old too much.

“I’ve done that partly because after the game in Germany and Austria it’s almost impossible to have the players after the match because the media come straight away,” Marsch said about the huddle in his press conference ahead of this weekend’s match against Aston Villa.

“The attention around this small conversation with the group I find frankly ridiculous and hilarious.

“I felt like the immediate feedback in that situation was important. I realise maybe I can do it in the locker room, [or] maybe I’ll do it on the pitch, who cares?”

🗣 "The attention around this small little conversation with the group I find hilarious and ridiculous."

Jesse Marsch on the reaction to his post-match huddle with the Leeds United players after the Leicester City defeat pic.twitter.com/4j2L2CwQae