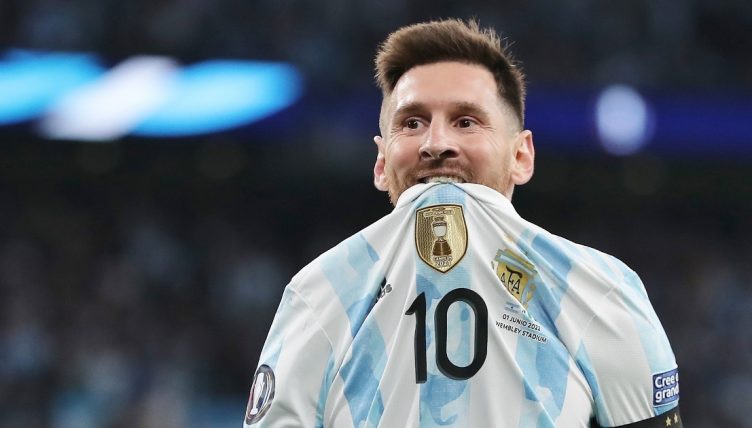 Lionel Messi has served another reminder that he’s not done yet – particularly in the colours of Argentina.

The PSG star is coming off arguably the most underwhelming year of his career, leading to questions over whether he’ll be past it come Qatar 2022.

In his debut season at the Parc des Princes, Messi scored just 11 goals – his lowest tally since way back in 2005-06. The 34-year-old has backed Karim Benzema to win the Ballon d’Or – this has been the first year that he himself’s not even been in the conversation for the prestigious individual award in well over a decade.

But Messi did notch a respectable 14 league assists – only his team-mate Kylian Mbappe registered more in 2021-22 – for the Parisiens as they cruised to the Ligue 1 title.

And he continues to produce the goods on the international stage. He was Argentina’s outstanding player last summer as they won the Copa America, ending a barren 28-year trophy drought for La Albiceleste.

Messi also produced a vintage display earlier in the week in Argentina’s 3-0 victory over European champions Italy in the Finalissima at Wembley – a statement performance that suggested Messi and his team-mates might well be contenders come the big tournament in December.

It was another eye-catching performance on Sunday in the first half of their friendly against Estonia. Messi dispatched an early penalty and doubled Argentina’s lead on the stroke of half-time, having put the finishing touch to a well-worked move.

“I don’t know what I will do after the World Cup,” Messi told reporters after the Finalissima win. “I am thinking about what is coming. After Qatar, I will have to reassess many things.

“Let’s hope these [matches] go the best way possible. But for sure after the World Cup many things will change.”