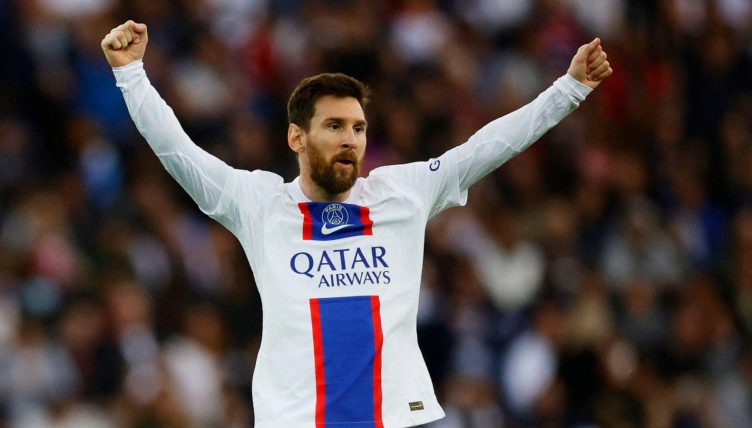 Lionel Messi has returned to PSG after his World Cup triumph and, as his ridiculous dummy in training demonstrates, he’s up to his old tricks once more.

Messi had been in sparking form for the French champions prior to the World Cup with 12 goals and 14 assists already across all competitions in 2022-23.

And the 35-year-old was instrumental in Argentina’s triumph in Qatar, scoring seven goals and providing many more to win the competition at the fifth attempt.

Rio Ferdinand hailed Messi’s performance against the Netherlands as the best in the tournament. “Messi has put on the best individual performance we’ve seen at this World Cup so far, by a mile,” Ferdinand told BBC.

“Showboating, laying shots on a plate for teammates, and the crowd – it was almost god-like, after every single thing he does.”

But, with the World Cup in the bank, it’s back to business for Messi as PSG look to win both Ligue 1 and the Champions League.

And, if this latest piece of training ground ingenuity shows, the little maestro is showing no ill-effect from his prolonged World Cup celebrations.

As the ball fizzes into him, Messi pulls off a Pele-esque dummy to leave the goalkeeper helpless before enjoying a high-five with team-mate Neymar.

PSG have a mouth-watering tie against Bayern Munich in the Champions League to look forward too and Messi looks happy to be back in France though which can only be a good thing for the club’s prospects.

And, with his contract due to expire at the end of the current season, PSG wish to keep the World Cup Golden Ball winner on their books.

According to Marca, PSG want to keep hold of Messi until at least 2024 as they want to prevent him from returning to Barcelona. Stuff like his latest dummy only serves to underline why.

This dummy by Messi in training…