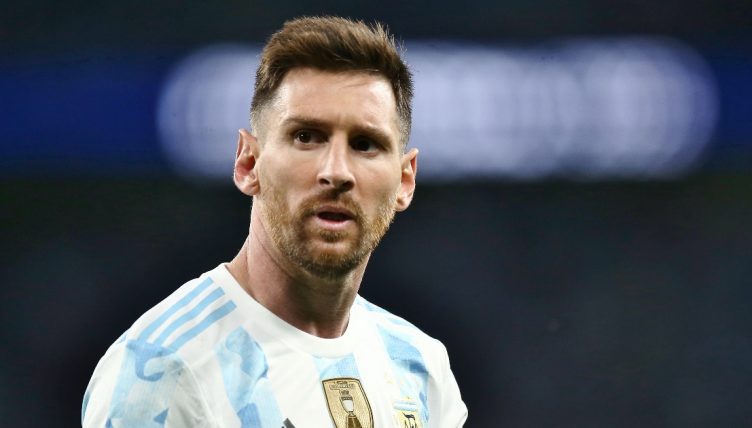 Lionel Messi scored FIVE goals as Argentina faced off against Estonia in a friendly.

The PSG star looks in superb form for his country over the international break. Messi didn’t get on the scoresheet in Wednesday’s 3-0 Finalissima victory over Italy, but he pulled all the strings and was awarded Man of the Match for his performance.

And he’s followed that up by scoring the 56th hat-trick of his career, having last done so back in September with all three goals in Argentina’s 3-0 World Cup qualifier victory against Bolivia.

Not only did he get a hat-trick, but he added a fourth and fifth goal in the 71st and 76th minutes – only the second time in his career that he’s scored five goals in one game, last doing so in Barcelona’s 7-1 mauling of Bayer Leverkusen back in 2012.

While the 2021-22 season proved somewhat underwhelming for Messi on an individual basis, scoring just 11 goals in his debut season at PSG, he looks as good as ever whenever he pulls on an Argentina shirt.

The 34-year-old was named the Player of the Tournament as Argentina won the Copa America last summer, and on this form you wouldn’t bet against him producing one last vintage tournament in Qatar 2022 later this year.

Argentina beat Estonia 5-0 in the friendly at the Estadio El Sadar in Pamplona, with Messi claiming each of their goals.

The first was a penalty in the ninth minute, the second was a nice finish after a well-worked move on the stroke of half-time, the third a well-placed first-time finish across goal in the opening minute of the second half.

Argentina manager Lionel Scaloni opted against resting the talisman, leaving him on for 90 minutes, and getting his reward when the magician added a fourth and fifth late on.

Here are all FIVE of the Argentinian’s goals: