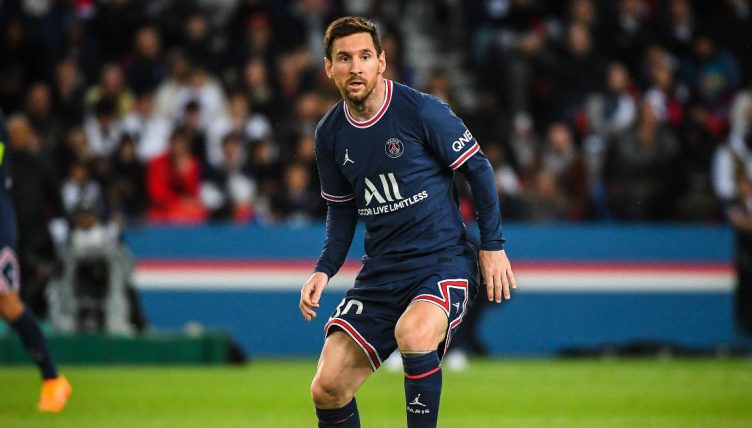 Lionel Messi has won his first league title since 2019, and he scored a superb long-range strike that confirmed PSG’s place as the champions of France.

Their 1-1 draw at home to Lens meant that the Ligue 1 title has now returned to the Parc Des Princes, and it was the Argentine superstar who opened the scoring in the 68th minute.

Messi rolled back the years with a stunning left-footed curler from outside the box, leaving the goalkeeper with no chance and sending the PSG fans to cloud nine.

Lens found a late equaliser through Corentin Jean, but a draw was enough to secure the title, as PSG sit 16 points clear of Marseille with four games remaining.

This was Messi’s fourth league goal in France, but he leads Ligue 1 with assists, having created 13 goals for the likes of Neymar and Kylian Mbappe, and secured his first league title since Barcelona won La Liga in 2019.

The 34-year-old joined PSG in the summer of 2021 after financial issues meant that Barcelona could not afford to renew his contract, but has endured one of the toughest seasons of his career.

A collapse in the Champions League round of 16 meant PSG were knocked out by Messi’s old enemy Real Madrid, and the forward was booed by his own fans in the games that followed.

However, securing the title means that Messi now has 11 league titles under his belt, and 36 major trophies in a glittering career.

This was also a first league title for manager Mauricio Pochettino, who joined the club in December 2020, replacing Thomas Tuchel, although the Argentinian coach was strongly linked with a move to Manchester United before they announced the appointment of Erik ten Hag.

“All the rumours that have come out this year and throughout my career have never bothered me,” Pochettino stated ahead of kick-off against Lens.

“I never commented on them. I coached Espanyol, Southampton, Tottenham, today PSG, and I have always been fully committed to my mission.

“I work the same way by being focused on the objectives. If I paid attention to all the rumours, life would be different.”

With goals like this, Messi has shown that the greatest players never lose their magic touch.