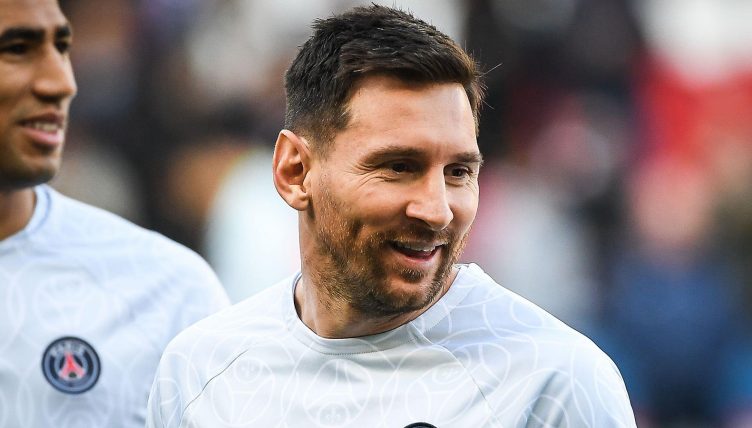 After spending the past few weeks celebrating in Argentina, Lionel Messi recently returned to PSG training and upon his return, he received a hero’s welcome from his teammates.

Messi has been living it up since his World Cup triumph, but it’s now back to business with PSG who will be looking to put up a strong fight in the Champions League this season.

The 35-year-old had been in sparking form for PSG prior to the World Cup with 12 goals and 14 assists already for the French club across all competitions.

He will be looking to pick up from where he left off after a dazzling World Cup campaign which saw him win the Golden Ball and garner praise from all around the world.

Rio Ferdinand hailed Messi’s performance against the Netherlands as the best in the tournament. “Messi has put on the best individual performance we’ve seen at this World Cup so far, by a mile,” Ferdinand told BBC.

“Showboating, laying shots on a plate for teammates, and the crowd – it was almost god-like, after every single thing he does.”

Alan Shearer added: “What a second half performance from him, and the first half with his goal. We’ve spoken about his ability many times before, the hunger and desire and ability to run with the ball attracts so many defenders to him which then frees up his teammates.

“The story is on him but what a performance from Australia to come back into the game and that sort of epitomises them in this tournament. Lucky goal, but they gave it a right good go right until the end of their tournament.

“Honestly if we had a camera in here, the way we were jumping up and down. I’ve lost my voice screaming how is he doing this?

“He’s embarrassing players but with his head up. You know a player goes through a cluster of players their head’s down usually, but he’s taking people on and seeing the pitch, his spacial awareness is phenomenal.”

Messi will now be turning his attention back to domestic football as PSG are in a fight for the Ligue 1 title. The French side lost their first game of 2023 in a 3-1 away loss at Lens.

PSG will also have their eyes fixed on the Champions League as they have a mouth-watering tie against Bayern Munich to look forward to. Messi looks happy to be back in France though which can only be a good thing for PSG.