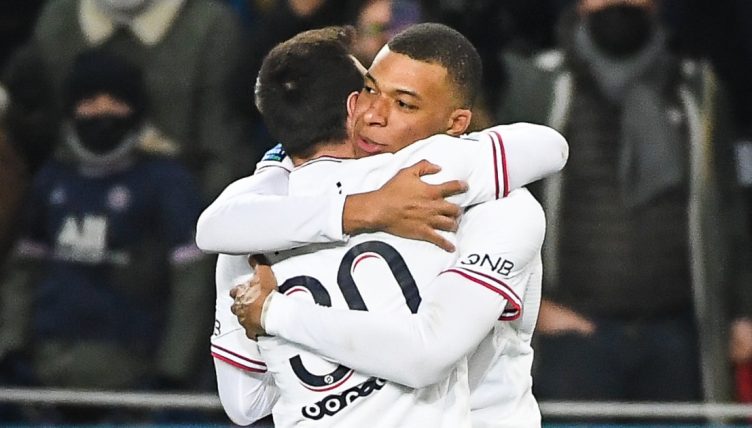 The strike – Mbappe’s 12th in the league in the 2021-22 season – stretched PSG’s lead at the top of the table to 16 points and proved to be Mauricio Pochettino’s side’s only shot on target all game.

PSG looked disjointed in their Ligue 1 meeting with Rennes, which will surely add to the speculation surrounding Pochettino’s future at the club.

Rennes were three minutes away from becoming only the second team to take points off PSG in their own stadium this season but got caught as they pushed forward and were punished by a lightening combination between two of the world’s premier footballers.

Nevertheless, the star-studded duo combined when it mattered most as Mbappe, who had been denied an earlier goal by the offside flag, scored from Messi’s assist in the nick of time.

PSG launched a counterattack in injury-time when the ball eventually landed to Messi – and you could certainly rely upon the seven-time Ballon d’Or winner to provide a creative spark.

The Barcelona legend might have struggled for goals in France’s top-flight this season, but he certainly hasn’t underperformed in the assists department as he recorded his eighth of the campaign against Rennes.

Messi showed the effortless composure that we’ve come to expect from him by slipping the ball to Mbappe, who provided the finishing touch with a Thierry Henry-like finish.

PSG are back in Champions League action next week when they host Real Madrid in the Round of 16 at the Parc des Princes.

While you suspect they’ll have to raise their game to defeat the La Liga leaders, PSG can never be discounted when they possess talented individuals like Messi and Mbappe in their side.

Kylian Mbappé to the rescue! 😅

Just as it looked like PSG were heading to a goalless draw with Rennes, up pops their French superstar! 🤩

Lionel Messi with the assist 👌 pic.twitter.com/Kq77EO2LcD