Watch: The sheer joy on Messi’s face when he sees his mother after World Cup triumph 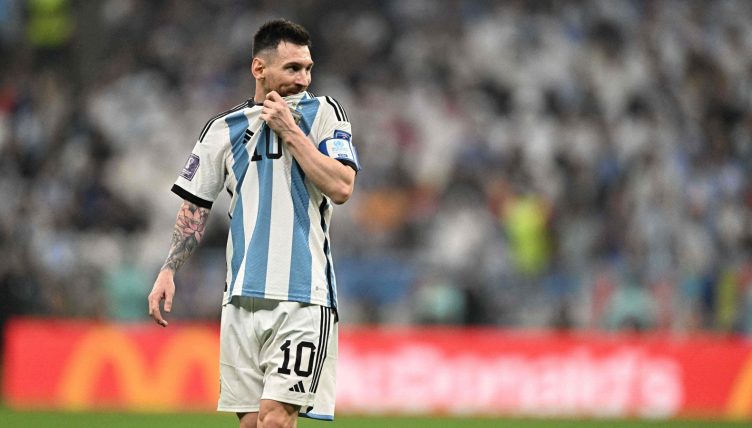 Lionel Messi’s face when he saw his mother, after winning the World Cup, will be one of the greatest and most enduring images of his storied career.

The Argentinian icon couldn’t contain his sheer joy when he turned around and saw him mum, Celia Cuccittini, on the pitch amid the post-match celebrations.

Messi has often spoken about how important his family were in his journey from Rosario to Barcelona, eventually becoming who many consider to be the greatest footballer of all time.

His family found the move away from Argentina difficult, when he was just a teenager at Barcelona’s academy, and eventually he was separated from his mother and siblings as he focused on his burgeoning football career in Catalonia.

“My brothers were older than me, they had things in Argentina and they wanted to go back;” Messi said in an interview with America TV back in 2018.

“My sister was younger and my parents made the decision that they had to return, so it was just me and my dad.”

That same year, Cuccittini gave an interview with Argentinian TV show El Trice, breaking down what lifting the World Cup would mean to her son.

“His aim is to bring the Cup home, to win the World Cup. It’s one of his biggest desires. We see him suffer and cry at times. He is the first who wants to bring the Cup with him. He more than anyone would give everything for this to be his World Cup.”

“We suffer from all the criticism that Leo receives,” Cuccittini added. “When people say that he doesn’t feel it or that he plays for the national team out of obligation, that hurts as a mother and as a family. Luckily, people love him a lot and they transmit that to him and he values this a lot. As a mother, I do, too.”

“I wished him a lot of luck. I told him to enjoy himself, to live in the moment and be happy. I told him to do what he knows, to play just as if he was playing when he started out with Grandoli.”

Having captained Argentina to Copa America and World Cup glory, Messi has now won everything there is to win, and followed in the footsteps of Diego Armando Maradona as a footballing figure that will eternally be loved by the heart of his nation.

This is what it's all about ❤️️