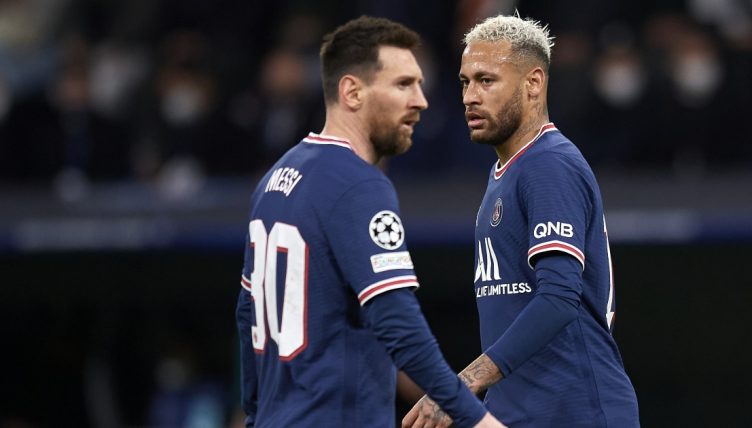 Lionel Messi and Neymar were jeered by their own fans at the Parc des Princes ahead of PSG’s Ligue 1 match with Bordeaux.

However, not all of Mauricio Pochettino’s superstar forward trio received an unwelcome reception, as Kylian Mbappe was cheered by the Parisiens pre-match.

The reaction comes after the French giants’ shock exit from the Champions League just days ago at the hands of Real Madrid.

“It leaves a really painful mark and it’s hard to move on,” Pochettino said after his side’s capitulation.

No matter who is signed, or who is in charge, success in Europe is something the club are yet to achieve despite their limitless riches.

Messi and Neymar are two of the main figures in a Harlem Globetrotter-like team. They were perhaps at the brunt of frustrations because of their below-par individual performances in the two legs against Madrid.

Mbappe was the only bright spark for the French side scoring home and away to put PSG in a favourable position before they squandered a two-goal lead inside 17 minutes at the Bernabeu.

We already know the France international is all-but on his way to Madrid this summer, but based on the PSG fans’ reactions – which carried on during the game – maybe they’d like to see Messi and Neymar also playing elsewhere next season.

PSG defender Presnel Kimpembe said that he understood why the supporters reacted in a hostile manner towards the two forwards.

“We’re professional, we know how to stay so too, and it’s now that we must raise our heads and be able to move forward in order to win Ligue 1.

“We are all at fault, no one more than anyone else. We are a team, we must stick together through good and bad.”

Every time Neymar has missed matches on his sister’s birthday